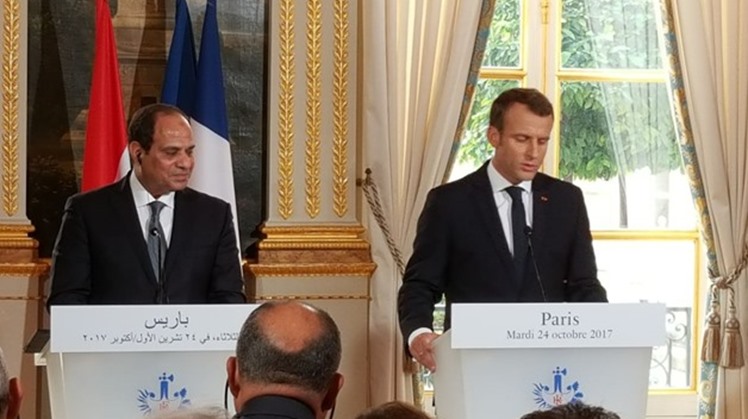 During a phone call between Sisi and his French counterpart Emmanuel Macron , the two leaders discussed latest developments concerning the Ethiopian dam. The French president hoped for reaching a solution that achieves the interests of all sides as soon as possible.

According to presidency Spokesman Bassam Radi, the two leaders also agreed to intensify efforts to combat terrorism in the Coast of Africa to restore security, stability and development in the region, noting that terrorism phenomena is endangering regional security.

The call also tackled regional and international issues of mutual concern. Sisi reviewed the latest developments in the Libyan crisis. As Macron hailed Sisi’s efforts to support political solution to the Libyan crisis.

Last December, Sisi visited France, where he discussed ways of enhancing bilateral relations in all fields and tackled international and regional issues, according to a statement from the Egyptian Presidency.

In a joint press conference with Macron, President Sisi expressed hope for enhancing joint cooperation in fields of industry and information technology.