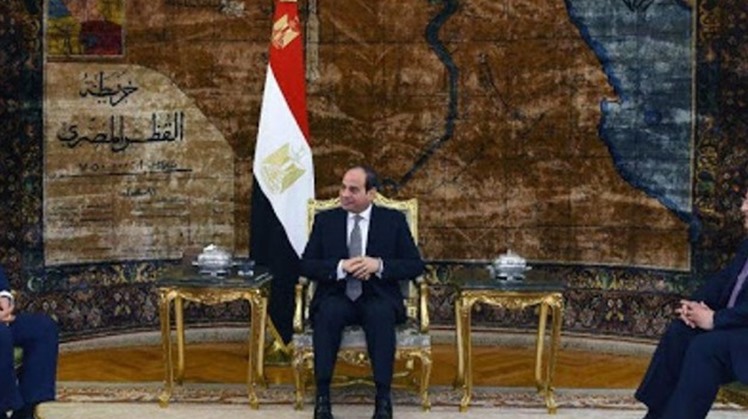 Sun, Jun. 7, 2020
CAIRO - 7 June 2020: A lot of Arab and other countries have praised Cairo declaration announced by President Abdel Fattah El-Sisi on Saturday on Libya, pushing for a ceasefire in the war-torn country.

British Minister of State for the Middle East and North Africa James Cleverly said on Sunday that the UK welcomes efforts by Egypt to encourage eastern Libyan leaders to support a ceasefire, but this must have a UN backing.

In a press release, the British Embassy in Cairo said that the Libyan National Army and the Government of National Accord need to engage urgently in the UN’s 5+5 talks, adding that this is the only path to an inclusive solution for the Libyan crisis.

In a statement, the Embassy said that the Egypt-led initiativ is a step towards a comprehensive solution to the Libyan crisis that aims to achieve an immediate ceasefire, disbanding armed militias and pulling foreign fighters out of Libyan territory.

“We welcome all efforts aimed at settling the conflict and restoring peace in all the Libyan territory.”