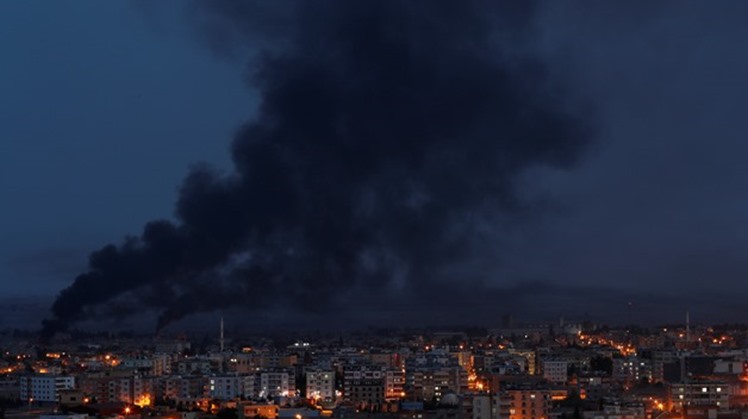 Thu, Oct. 17, 2019
CAIRO - 17 October 2019: Egypt expressed its resentment over the continuation of Turksih offensive against northeastern Syria, welcoming the US sanctions against Ankara, said the Egyptian Foreign Ministry in a statement on Wednesday.

Cairo also regretted the marked deterioration of the humanitarian conditions and the displacement of thousands of Syrians. According to a statement issued five days ago by the United Nations, more than 130,000 people were displaced, while other human rights organizations said the number is estimated up to 400,000 persons, Reuters reported.

“Egypt welcomes US President Donald Trump's recent stance towards these developments, particularly the clear US rejection of the ongoing Turkish attacks on Syrian territory and the imposition of initial sanctions on the Turkish regime,” the statement read. Cairo also praised Trump’s support to the principles and norms of international legitimacy.

On October 9, 2019, Turkey has launched a military offensive against the Kurds in northeastern Syria, a step that was slammed by the US, Arab states and many Western nations. On the same day, President Trump sent Turkish President Recep Tayyip Erdoğan asking them to stop his offensive and threatened to destroy the Turkish economy. Trump concluded his letter to Erdogan saying “Don’t be a tough guy! Don’t be a fool!.”

Four days ago, Trump published a letter concerning taking an executive order to impose financial sanctions against Turkish officials, to increase steel tariff up to 50 percent, and barring Turkish from entering the US territories.