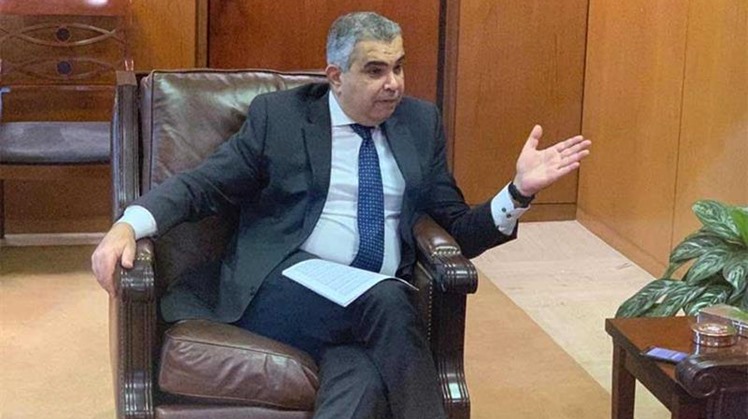 His remarks came in an interview with Ahram Online, days ahead of the summit, which will be held 13-15 December in Washington DC.

Zahran said that the summit will strive to achieve a common vision for the future of relations between the United States and Africa. He noted that it will be held at a critical time when international developments are imposing remarkable challenges on the countries of the world.

The summit will demonstrate the enduring commitment of the United States to Africa and the willingness to advance cooperation on shared international priorities, build on shared values to promote better economic engagement and regional and global health, enhance food security, promote peace and security and respond to the climate crisis.

On Egypt's role in Africa, he said that since 2014, Egypt has placed the African continent at the top of its priorities based on a firm conviction in its African identity and a belief in its long-standing ties with the continent.

Moreover, he noted that the past years have also witnessed an unprecedented escalation in the pace of bilateral visits by Egyptian President Abdel-Fattah El-Sisi to African countries in addition to receiving African leaders in Cairo.

Egypt has also sought to strengthen communication with strategic development partners in order to implement the development agenda of African countries through presidential participation in the G20 summit in Japan in 2019 and the G7 summit in France the same year, as well as through other international events.

Egypt hosted COP27 on behalf of the African countries to advocate for the interests of African and other developing countries.

The US-Africa Leaders’ Summit comes at a time when bilateral relations are witnessing momentum at the leadership level of the two countries, including intensified bilateral meetings between El-Sisi and US president Joe Biden.

In May, Egypt and the US celebrated 100 years of “strategic relations” between the two countries.

On Egyptian-American relations, the ambassador pointed out that the US is well aware of Egypt’s regional importance, which makes it the main guarantor of peace and stability in the Middle East as a whole, he said.

Egyptian-American coordination continues on various vital issues in the region, especially the Palestinian issue, as well as on Libya, Syria and Yemen, Zahran added, noting that there is ongoing coordination on ways to confront the various challenges, threats and dangers besetting the region, foremost of which is terrorism.

Zahran also stated that the current international crises negatively affects all countries of the world, especially developing countries. This includes African countries, whose food and energy supply lines have been made more vulnerable by instability globally.

According to a statement by the African Union (AU) Mission to the US, the Washington summit is expected to feature the participation of approximately 50 heads of state and senior government officials from African countries.

The first US-Africa Leaders’ Summit, which was held in 2014 under then-President Barack Obama, announced private sector commitments to invest in and partner with African countries on initiatives in energy, financial services, climate change, food security and health care, among other areas.

This year’s summit is expected to prioritise similar issues, while placing an even greater emphasis on bilateral trade and investment initiatives, according the statement.