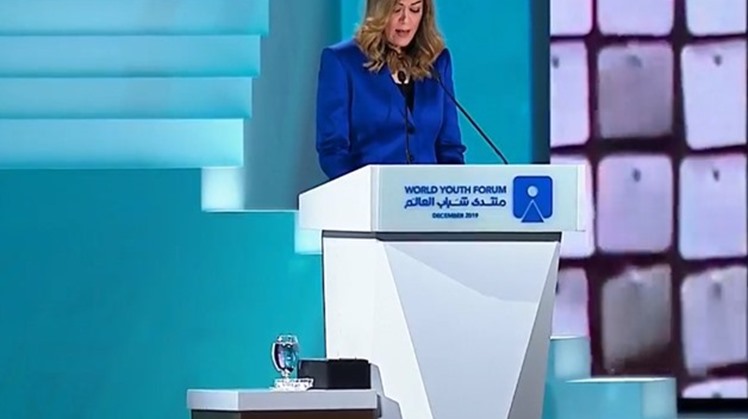 Wed, Dec. 18, 2019
CAIRO – 17 December 2019: Egypt 2019’s World Youth Forum in Sharm El-Sheikh ended Tuesday after a fruitful week filled of discussions and workshops bringing together youth from all around the world.

During the closing ceremony, three representatives of youth participants presented a wrap-up of WYF 2019.

Recommendation 4: Forming a Euro-Mediterranean committee to combat hate speech in cyberspace and develop mechanisms that would prevent hate practices on social media.

Recommendation 5: Launching a program to train Euro-Mediterranean youth on leadership by the Egyptian National Academy for Youth Training.

Recommendation 6: Launching in 2020 an initiative by the African Union to create one million job opportunities.

Recommendation 7: Launching an initiative among African universities to focus on the fourth industrial revolution studies.

WYF 2019 was attended by 7,000 participants, who were admitted out of 300,000 applicants. On December 12-13, parallel workshops were held for participants to exchange views on the topics that were later discussed by panelists on Sunday and Monday. The 16 panel discussions consisted of seven sessions on technology, three sessions on the Mediterranean, two sessions on Africa, one session on women, one session on climate change, one session on peace and security, and one session on arts. The opening ceremony took place on Saturday where influential speakers told their inspiring stories.