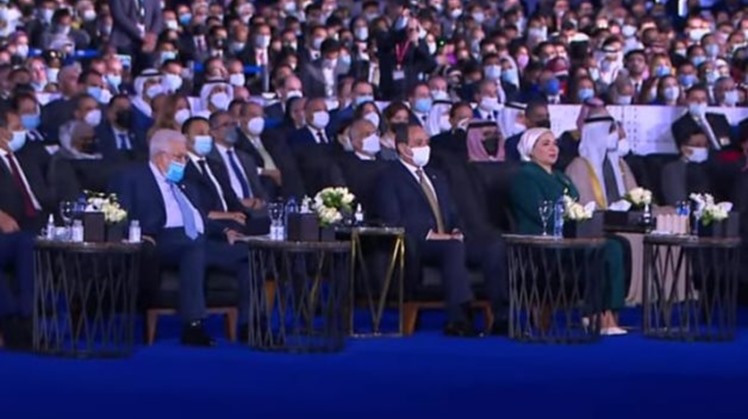 The forum is held under the slogan of ‘Back Together’, with the participation of young people from 196 countries in Sharm El-Sheikh. WYF activities are expected to take place until January 13.

2021’s WYF agenda includes number of vital topics, which reflect the features of the new reality after Coronavirus pandemic, that affected the lives of millions all over the world.

Participants at the 4th edition of WYF had the choice to participate in the opening session either physically or remotely via the virtual system due to COVID-19.

The main session of WYF is supposed to Kick off shortly after the opening ceremony, to be entitled ‘Corona Pandemic: Alarm for Humanity and New Hope’.

Palestinian President Mahmoud Abbas arrived in Egypt on Sunday to participate in the he fourth edition of Egypt’s World Youth Forum.

The Palestinian President was received by Egyptian Minister of Environment Yassmine Fouad, a delegation from the Egyptian Intelligence Services, and Palestinian ambassador to Egypt and the Arab League Diab el Louh.

The Crown Prince’s participation is the third time since the first launch of the forum in Egypt.

El-Enany discussed with the president of the Italian Tour Operators Association means to enhance cooperation between Egypt and Italy in tourism Sun, Jul. 3, 2022

Egypt's Min of Tourism & Antiquities installed in airports of touristic cities, a collection of replica statues of the protective goddess Selket Sun, Jul. 3, 2022