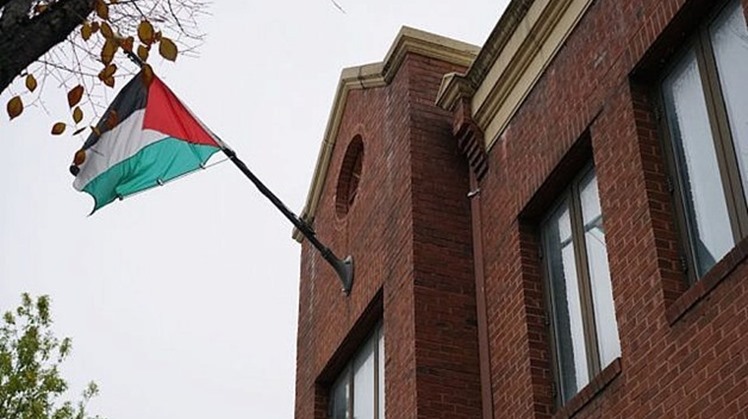 Tue, Jun. 15, 2021
CAIRO – 14 June 2021: Governor of the Gaza Strip, Ibrahim Abu al-Naga hailed the Egyptian role to achieve peace in Palestine and its contribution to the reconstruction process in Gaza, saying that no real peace could have been achieved without the Egyption mediation.

In statements to the daily morning show 'Good Morning Egypt' or 'Sabah al Khier ya Masr' aired through the Egyptian national TV, Abu al-Naga saluted the Egyptian president, people, government, parliament, army, and all institutions, pointing out that no one supported the Palestinian cause same as Egypt did.

“If the world wants to make real peace, it will only be made through Egypt” Abu al-Naga said, affirming that Egypt is a ‘true milestone’ for maintaining peace and stability in the Middle East.

Earlier in June, Misr Sinai Company sent engineering and technical equipment and crews to Gaza Strip to help remove the remains of the rubble, and start reconstruction works, as per the directives of President Abdel Fatah al-Sisi.

Last month, President Abdel Fatah al-Sisi announced during his visit to Paris that Egypt is allocating $500 million to the reconstruction of Gaza Strip, and that Egyptian firms will take part in the work.

President Sisi also directed June 1, with the rapid sending and entry of equipment into Gaza Strip.

Misr Sinai Company includes the largest conglomerate of the people of Sinai, including 36 main founders from Sinai tribes.

On May 7, Israeli forces in the West Bank and Jerusalem engaged in clashes with civilians who were protesting forced displacement, particularly from Sheikh Jarrah eastern Jerusalem, and assaults on worshippers in Al Aqsa Mosque. And, since May 10, Israel has been shelling and carrying out airstrikes against Gaza Strip. The aggression has thus far incurred 236 deaths and 6,278 injuries, as reported by the Palestinian News and Information Agency (WAFA).

On May 20, Cairo succeeded to secure ceasefire in Gaza. The mutually-agreed suspension of fire.

The strikes caused the destruction of more than 200 residential units in Gaza Strip and 31 educational establishments, including schools, colleges, and vocational training centers. According to the United Nations, 40,000 Palestinians got displaced – mainly from the North to the South – while 2,500 lost their homes.