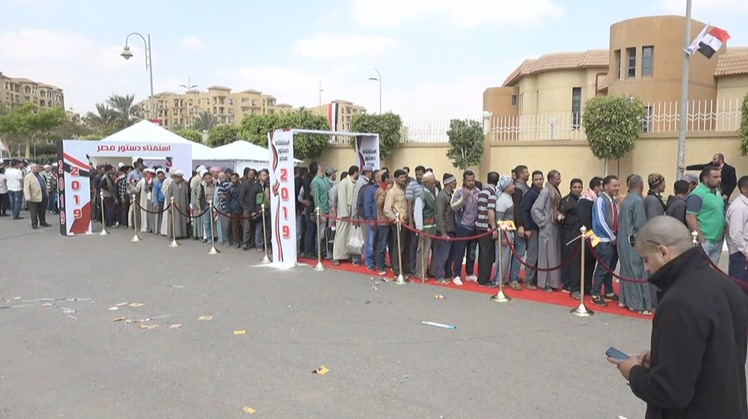 Sat, Apr. 20, 2019
CAIRO - 20 April 2019: The 1st day of the constitutional referendum started off in Egypt, where the people get to vote and express their opinions regarding the constitutional amendments approved by the Parliament. Polling stations across governorates have opened their doors at 9 a.m., and will close at 9 p.m. for three consecutive days. 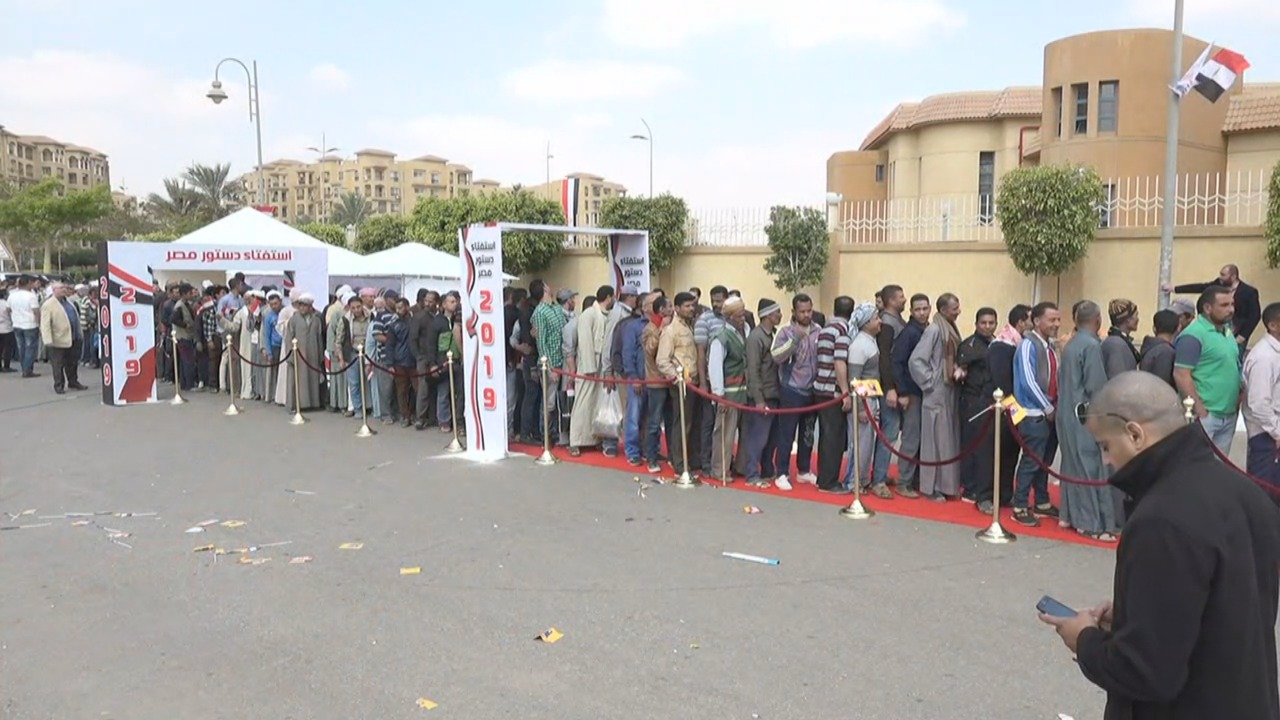 Queues of voters are seen at some polling stations waiting to be allowed in to cast their ballot by either agree or disagree on a set of proposed constitutional amendments passed by the parliament Tuesday.

The amendments were discussed at a number of societal dialogues over the past weeks attended by various segments and experts in the country, and later on it was presented in front of the House of Representatives, where parliamentarians voted for passing them.

61 million eligible voters are supposed to cast their ballots in the public referendum on the constitutional amendments. 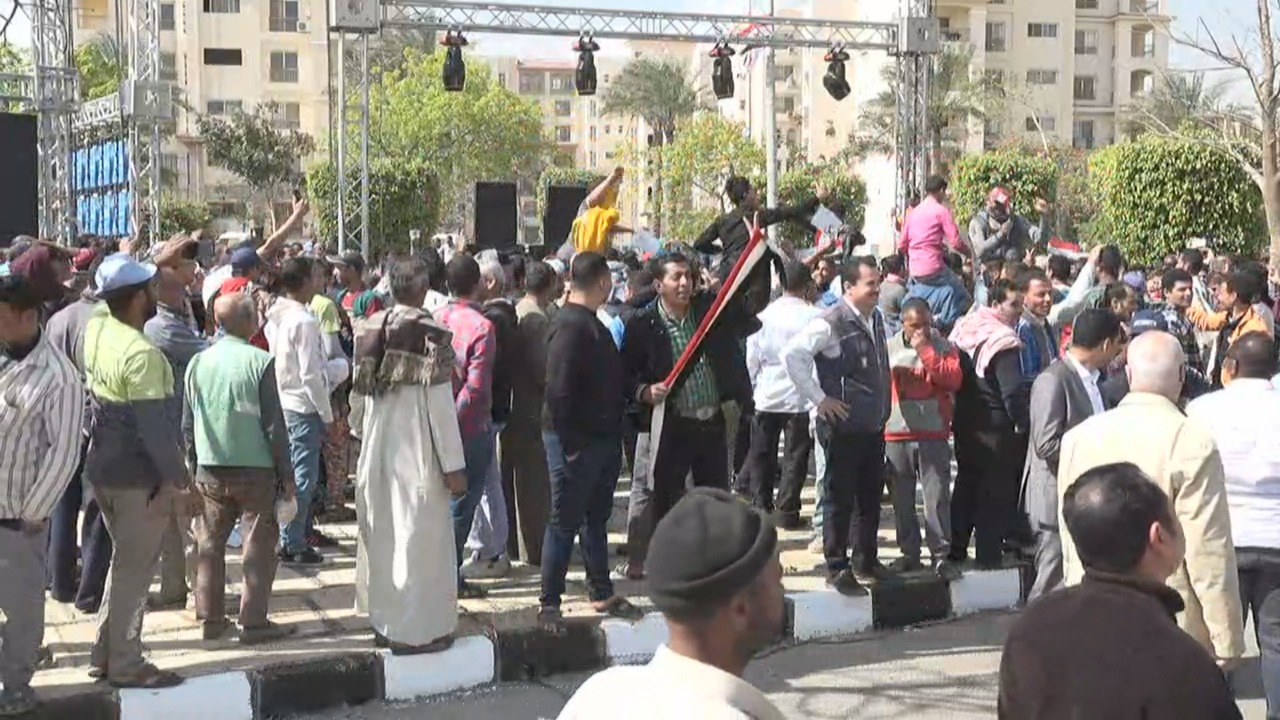 Egyptian nationals in China have also started flocking to the Egyptian embassy in Beijing for the second day of referendum. The first day of voting has reportedly seen many Egyptians at the polling stations abroad. 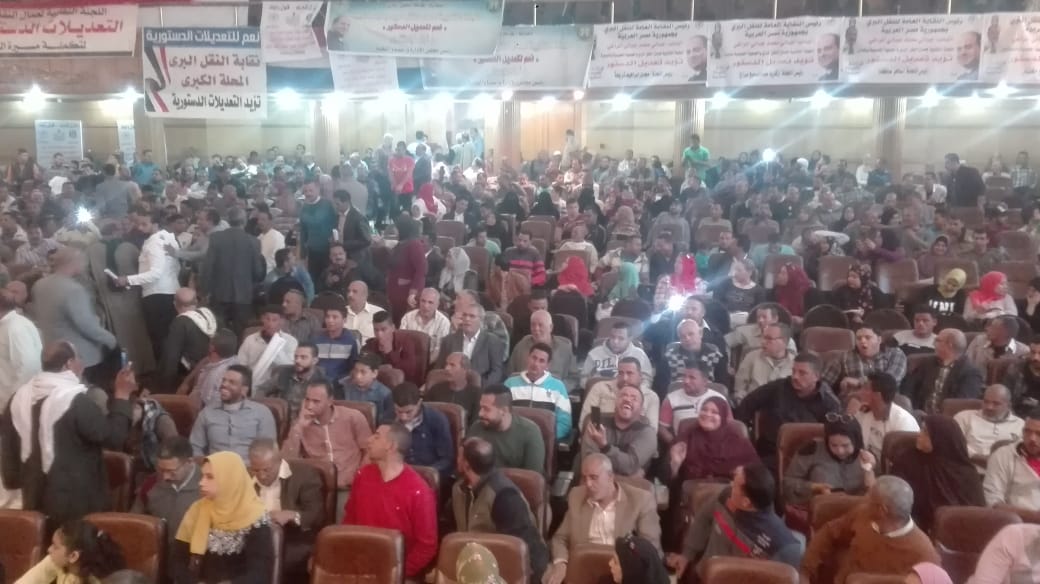