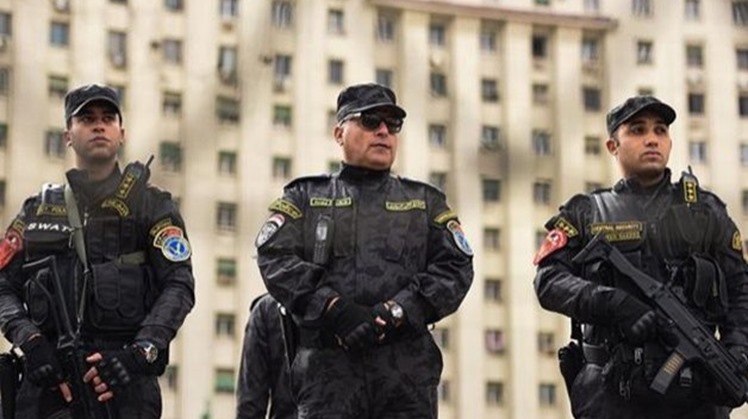 Mon, Jan. 25, 2021
CAIRO – 25 January 2021: Egypt's President Abdel Fatah al-Sisi is attending a ceremony on Monday held by the Ministry of Interior to celebrate Police Day marking the 69th anniversary of Ismailiyah Battle that took place between the British occupation forces and Egyptian police in 1952.


The massacre was the spark of the revolution that ended the monarchy in Egypt on July 23 of the same year.


Few months before the incident, the armed struggle against the British camps and soldiers culminated, resulting in huge losses. Suppliers abstained from providing food necessary to 80,000 British soldiers.


Egyptian workers at the British camps - whose number was 91,572 - quit their jobs, registering their resignations between October 16 and November 30 in 1951, after the government had announced earlier that workers wishing to leave their jobs in British camps are invited to register their names in the records, according to Al Masry Al Youm.


As the status of British forces in the Suez Canal governorates has become critical, Brigadier Kenneth Exham, the British commander warned Egypt’s police to leave Ismailia and surrender their weapons while 7,000 British soldiers equipped with machine guns, tanks and armors surrounded the governorate building and its barracks.


The nearly 800 Egyptian officers and soldiers inside resented the threat and resisted despite possessing only shotguns, according to Al Masry Al Youm. After the clashes were over, those who survived from the Egyptian officers were captured by the British forces; then the British forces destroyed the villages around Ismailia and killed civilians as the British suspected that the citizens engaged in the armed struggle against the colonization hid in those villages.


As a result, protests broke out across Cairo calling up for intensifying the armed struggle against the British colonization whose troops withdrew completely from Egypt in June 1956.