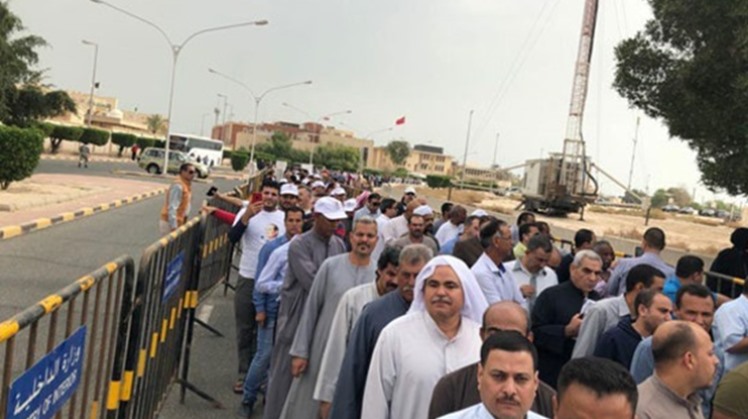 The ministry also allocated this number “19654” as a hotline for solving any problems regarding the announced travel dates.

The Ministry also called on the stranded Egyptians to understand the ‘exceptional circumstances the world is going through’ and to cooperate and respecting the laws until the end of this crisis.

On Tuesday, Makram announced that the ministry contributed in securing accommodation for 600 Egyptians stuck in the United Arab Emirates.

Those were transiting as they were heading to Kuwait when it suspended aviation because of the outbreak of the second wave of COVID-19. However, Kuwait will allow them in on January 2.

The Ministry of Immigration and Egyptian Expats Affairs Nabila Makram told press last week that the operations room of expats stuck abroad has been activated as some countries are suspending aviation due to the outbreak of the second wave of COVID-19.

Such countries include Saudi Arabia and Kuwait having the largest numbers of Egyptian expats..