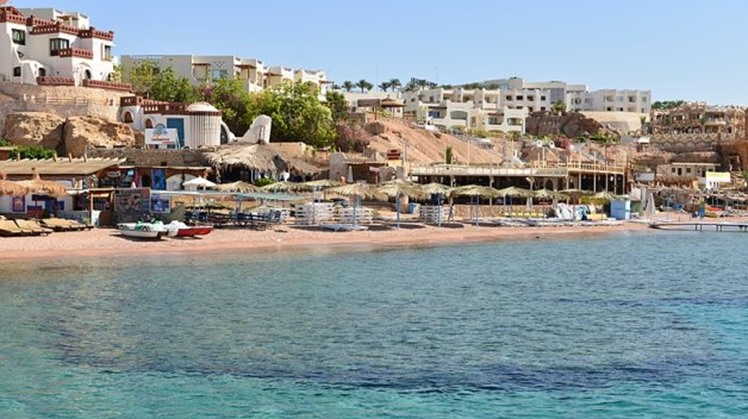 Mon, Sep. 21, 2020
CAIRO – 21 September 2020: Egypt’s President Abdel Fattah El Sisi on Sunday has urged coordination among state bodies to make sure the project translated as “the Great Transfiguration over the Land of Peace” in Sinai is implemented in a way that suits the history of this sacred area.

As he met with the prime minister, minister of housing and minister of planning, Sisi reviewed development of a number of national projects, including the project in the vicinity of Mount Sinai and St Catherine, in South Sinai, the Presidency said.

The president urged relevant state bodies to maximize the benefit of the international tourism resources which the area enjoys.


Sisi was also briefed on the progress of the development projects under-construction along Egypt's north-western coast to make the optimum use state assets.

In a meeting late in August with Secretary-General of the World Tourism Organization (UNWTO) Zurab Pololikashvili, Sisi discussed Egypt’s strategic measures of resuming tourism to achieve a balance between the return of in tourism prosperity in Egypt, and ensuring the safety and the health of tourists and workers in the tourism sector.

Sisi talked about the state’s development projects in tourism sector such as building the tourist cities of Galala and Alamein, the new city of Culture and Arts, the New Administrative Capital, the Grand Egyptian Museum, the National Museum of Egyptian Civilization, and the Great Transfiguration Project in Sinai, Radi added.

The meeting also tackled the project of Historic Cairo development to raise the awareness of the Egyptian cultural heritage, Radi continued.