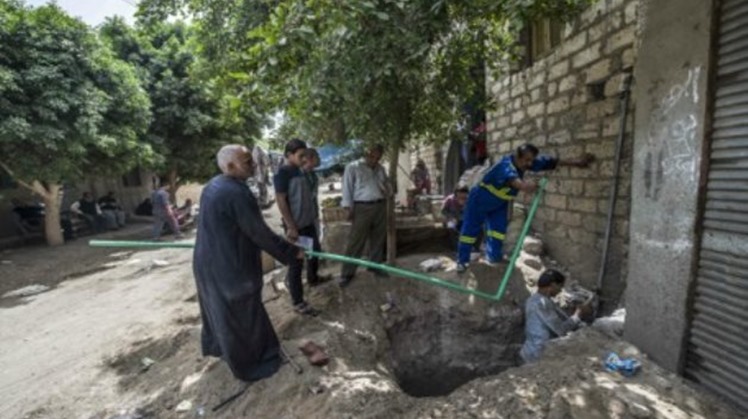 Cabinet Spokesman Nader Saad said, Monday that Prime Minister Mostafa Madbouly followed up with work pace at a number of initiative’s projects in Aswan which will nearly benefit about 38,626 people.

Saad added that the projects are covering several sectors including sanitation which has up to 7 projects, as well as 12 other projects to raise the efficiency of public lighting, and two road paving projects.

On Sunday, Madbouly followed up with work pace in Sohag governorate which has projects with total investment cost of 630 million, catering to the needs of 500,000 citizens as part of the initiative.

Saad said, Madbouly voiced government's keenness on ameliorating services offered to citizens in the various governorates, especially in Upper Egypt, in line with the president's directives.

The premier reviewed a report detailing progress achieved so far regarding the first phase of the initiative including; 29 villages in Sohag. According to the report the initiative encompasses improving services at a number of sectors namely, drainage, drinking water, irrigation, education, roads and public services domains.

Last August, Egypt’s Minister of Planning, has said the state allocated 103 billion for Hayah Karima (Decent Life) presidential initiative to improve citizens' living conditions. Then another LE 6.3 billion were announced to be allocated for the initiative as well in September.

The initiative aims at eradicate poverty, raise life standards and develop services and villages across the country. Egypt will aid 377 villages in 11 different governorates in the first phase of the initiative, specifically those in Upper Egypt.

In January 2019, Egypt’s Sisi launched ‘Decent Life’ initiative saying ‘At the beginning of a new year, I looked back to search for our nation’s true hero and I found that it is ‘the Egyptian citizen’

“……, Therefore, I am calling all of the state institutions and civil society organizations to unite efforts and launch a national initiative at the state level to provide a decent life to the most groups in need in our country during 2019” Sisi stated.