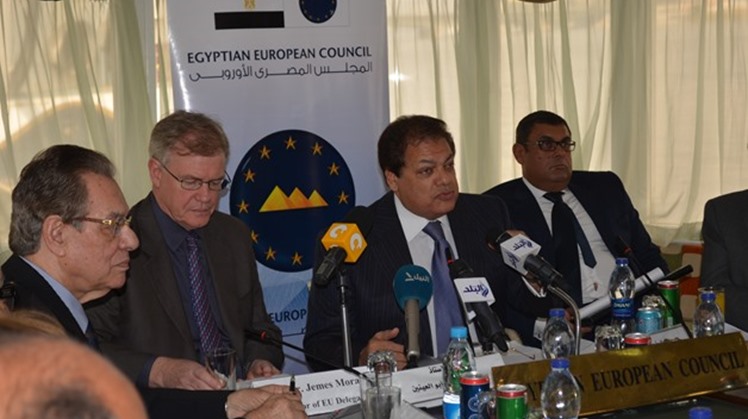 EEC called on the international community to undertake its responsibilities and stop the foreign interventions and ambitions in Libya that are "fueling terrorism in the region."

EEC shed light on the illegal ambitions of the foreign parties interfering in Libya, stressing the need to work to compel the Government of National Accord and Turkey to immediately stop violence and commit to the political process. The EEC asserted that the political solution is the only acceptable solution to end the conflict in Libya.

The statement praised the Cairo Declaration announced by President Abdel Fatah al-Sisi on June 6, to push for a ceasefire in the war-torn country, and clarified that President Sisi’s efforts to restore Libya’s stability come as a result of his keenness to preserve the national, Arab and Mediterranean security.

Furthermore, EEC noted that in case of continued military escalation, external interference in the Libyan crisis and refusal to respond to international initiatives, it supports Egypt's right to protect its national security and its western borders from terrorism in accordance with Article 51 of the Charter of the United Nations.

EEC valued president Sisi's speech on June 20, which stated that the Egyptian army "protects and never threatens- builds and never destroys" and that Egypt's only interest is to preserve security and stability.

The council also praised Sisi’s response to the call of Speaker of the Libyan House of Representatives Aguila Saleh and the demands of the tribal elders in Libya to intervene and support the Libyan armed forces in their war against terrorism.

Regarding the Grand Ethiopian Renaissance Dam (GERD) issue, EEC praised in its statement "Egypt's wise procedures and its keenness to reach a fair and balanced solution that achieves the interests of all three countries."

Moreover, the council affirmed that Egypt’s calling for the United Nation Security Council to intervene in the GERD talks aims at preventing the Ethiopian violation of the international law and halting filling the dam unilaterally without reaching a balanced agreement that preserves Egyptian and Sudanese rights in Nile water.

During a visit to the Western Military Zone on June 20, President Sisi highlighted the latest updates regarding Libya’s political crisis. He said that direct intervention by Egypt in Libya has become legitimate in line with UNSC resolutions, and upon the call of the legitimate authority in Libya.

"If Egypt had illegitimate goals in Libya, we would have intervened years ago. We would not accept it that history documents that we intervened in time of Libya's weakness…Jufrah and Sirte are a red line…The current line must be maintained. The party that does not respect it will attain neither the west nor the east. The political process must go forward," Sisi affirmed.

Ministry of Interior: the arrest of a terrorist cell in Arish and the killing of 5 of its members Wed, Jan. 16, 2019