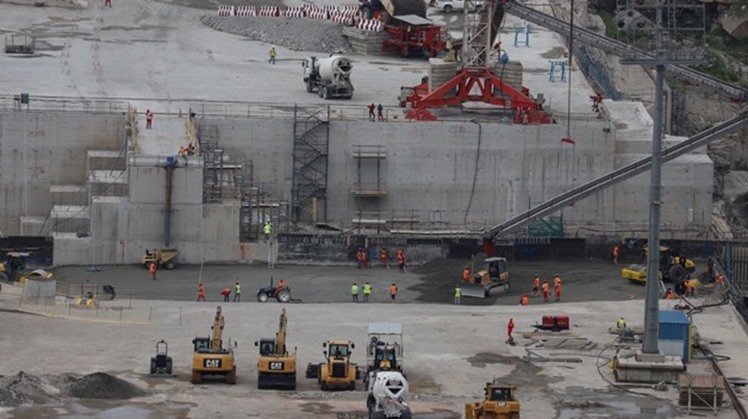 Wed, May. 13, 2020
A few days ago, Egypt sent a very important letter to the UN Security Council on the developments of the Renaissance Dam issue, and the development of negotiations on it. This letter included 4 main points. The first point is to confirm that Egypt's position on the Renaissance Dam issue is fully consistent with international law, unlike the Ethiopian position, which is not in conformity with international law and it took all measures that violate this law.

The second point, a detailed explanation, of the stages of negotiations at their various times. The third point is to invite Ethiopia to negotiate again, and not to take any measures that harm Egyptian national water interests.
The fourth point is that the continuation of this issue without a solution will negatively affect security and stability in the region.

In fact, this important letter has two main indications. The first indication is that it confirms Egypt's continued adoption of a peaceful approach to resolving the issue and its continued adherence to the negotiating track until the end. The second indication is that this letter is an honest and frank translation of the Egyptian policy not only towards the issue of the Renaissance Dam, but towards the African continent in general, which is something that President Abdel Fattah Al-Sisi, during the presidency of the African Union, was keen on emphasizing two very important principles in all the meetings that his Excellency attended, in all international forums. The first principle is the peaceful settlement of African conflicts, and the second principle, which is the necessity for the African continent to enter the stage of economic development because this is a very important matter that raises the general level of the African continent.


Egypt has slammed the Ethiopian government after the latter criticized the final round of U.S., WB-brokered negotiations on the controversial Grand Ethiopian Renaissance Dam (GERD).

The Egyptian government had previously expressed its resentment through a a joint statement by the Egyptian Ministry of Foreign Affairs and the Ministry of Water Resources and Irrigation over statement issued from the Ethiopian Ministry of Foreign Affairs and Irrigation and Energy of the Federal Democratic Republic of Ethiopia, in which Ethiopia announced that it will fill the GERD’s reservoir despite the U.S. warning of taking action without an agreement with the downstream countries, Egypt and Sudan.

Egypt said it totally rejected Ethiopia’s announcement of filling the Renaissance dam’s reservoir in parallel with the construction of the dam, saying “Ethiopia violates the article No. 5 of the 2015 Declaration of Principles, which stipulates that all three countries shall reach an agreement on the rules of filling and operating the dam before starting the process of filling the reservoir with water.”

Egypt added in its statement that Ethiopia’s absence in the Washington-held meetings aimed at hampering the course of negotiations, adding that the Ethiopian latest remarks "included fallacies, distorted the facts, and showed Ethiopia’s clear repudiation of its commitments to the 2015 Declaration of Principles.”

“What has been reached in the recent round of Washington meetings came due to Ethiopia's deliberate absence and is fully consistent with the international law, said Egypt, adding that what has been reached in the meetings represents a fair and balanced compromise drawn from intensive negotiations rounds between Egypt, Sudan and Ethiopia over the past four months in Washington.

The deal reached in Washington represents a solution to the outstanding issues if Ethiopia has a good intention of not causing harm to the Egyptian interests, Egypt continued, saying that violations of the international laws and the Declaration of Principles are impermissible under Ethiopia’s ownership of the dam.

The Egypt’s Ministry of Foreign Affairs has announced last February that it has unilaterally initialed the deal, saying “In light of the fact that this agreement preserves Egypt’s water interests and ensures that it is not subjected to significant harm, Egypt has initialed this agreement as an affirmation of its serious will to achieve its objects and purposes.”

Only Egypt and Sudan participated in the final round of US,WB-brokered meetings in Washington after Ethiopia abstained from the participation.

U.S. Treasury Secretary Steven T. Mnuchin praised Egypt’s move of initialing deal of the rules for filling and operating the dam, cautioning Ethiopia against testing and filling the dam without reaching an agreement.

“We appreciate the readiness of the government of Egypt to sign the agreement and its initialing of the agreement to evidence its commitment,” said Mnuchin in a statement, adding “consistent with the principles set out in the DOP, and in particular the principles of not causing significant harm to downstream countries, final testing and filling should not take place without an agreement.

The difference between the three Nile basin countries dates back to May 2011 when Ethiopia started building the dam; Egypt voiced concern over its water share [55.5 billion cubic meters]. Three years later, a series of tripartite talks between the two countries along with Sudan began to reach an agreement while Ethiopia continued the dam construction.

In 2015, the three countries signed the Declaration of Principles, per which the downstream countries [Egypt and Sudan] should not be negatively affected by the construction of the dam. Since then, the talks have been resumed, but In October 2019 blamed Addis Ababa for hindering a final agreement concerning a technical problem, calling for activating the Article No. 10 of the Declaration of Principles, which stipulates that if the three countries could not find a solution to these differences, they have to ask for mediation.

Receiving the antiquities, continuing the restoration of the pieces ... happening in the Grand Museum Wed, May. 27, 2020
Warriors Pharaohs: Amenhotep the Second preserved the throne of Egypt and its great empire Wed, May. 27, 2020
How many pieces were extracted and transferred from the Khufu boat to the Grand Egyptian Museum? Wed, May. 27, 2020
Learn about the 12 most famous pharaonic "medical" papyrus ... gynecology and most prominent magic amulets Wed, May. 27, 2020
Eras of Weak pharaohs: Samandas, Tutu Amani and others Wed, May. 27, 2020
Pharaohs warriors .. The tomb of Tutankhamun made him a legend among the most famous kings of the world Sun, May. 31, 2020
The US ambassador thanks Abu Khalifa Hospital for Quarantine for its care of Americans. Sun, May. 31, 2020
Egypt's Sisi, India's Modi discusses best practices to fight coronavirus Tue, May. 26, 2020
3rd batch of 20 naval US locomotiveto arrive Alexandria in June Tue, May. 26, 2020
Discoveries of the twentieth century .. The treasures of Tanis, a discovery that did not take its due because of the Second World War Sun, May. 31, 2020