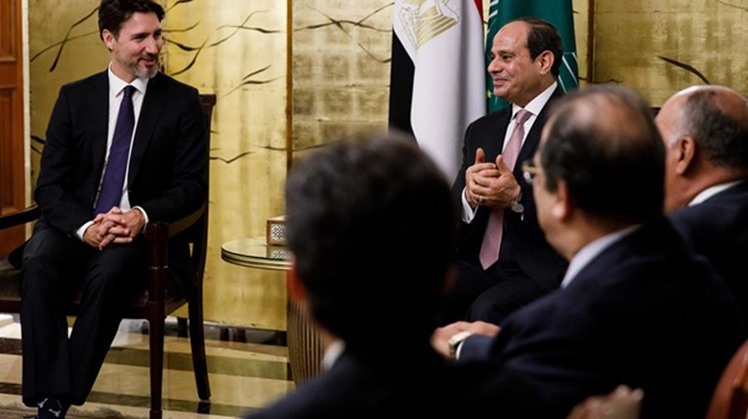 Trudeau expressed his country’s commitment to continue working with the African Union. He discussed Egypt’s efforts during its AU chairmanship in 2019, according to a statement from the Canadian Prime Minister’s Office on Saturday.

In a speech, President Sisi reviewed Egypt’s achievements during its presidency of the AU, saying Egypt managed to reinforce the state of security and peace in the continent through the principle of “African solutions to African problems,” despite challenges of terrorism and extremism, especially in the Sahel region and the Horn of Africa.

"Egypt has implemented the principle of “African solutions to African problems” through many initiatives," Sisi said, including hosting two consultative summits on Libya and Sudan, and testing it on several issues such as that of Guinea-Bissau, South Sudan and Central Africa.