DMC In Corporation With Egypt Forward Produce A documentary Entitled "Days of Victory" about the glorious October War. 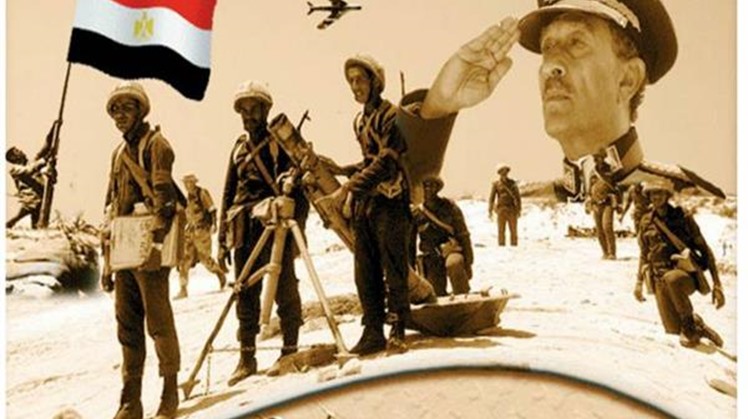 Mon, Oct. 28, 2019
"DMC" in corporation with Egypt Forward presented a documentary entitled "Days of Victory", revealing a series of secrets about the glorious October War.

Dr. Ibrahim al-Bahrawi, a professor of Hebrew studies at Ain Shams University, said during the film that President Sadat presented an unusual heroic model when he deliberately made himself ridiculed as a man who feared war, to deceive his Israeli enemy.

He continued, "The Egyptian intelligence knew that we are being spied, so they decided to distribute to all leaders instructions that you in the offices and in the phones we should always talk that we will not got to war, that we don't trust Sadat and that we are afraid of Israel."

Shahinaz Ragheb, former director-general of the Hebrew program at Egyptian Radio, said that the Hebrew broadcast was stretched for 16 hours live, days before the war began.

She added: "We were provided with the latest Arabic and international songs, and all that attracted the Israeli audience to hear the Hebrew radio. They were in a state of victory, and we sent a modest message, following the instructions we got to attract the Israeli audience that hears us."

Sherif Said, Executive Director of the Documentary Films Unit, and director of the film “Days of Victory” commented, "The film is the result of the efforts of our colleagues in the unit and those who are responsible for directing it in this way with this new approach."

The director told “Cairo 24”, “We thought of new angles to present the film with a modern point of view, and we settled to present the victory of the October war, from the Israeli point of view, in time of war, with the testimony of prisoners on the Egyptian side, and the conversations of Israeli leaders and documented video, especially the conflict between Elie Zaira and Tzvi Za."