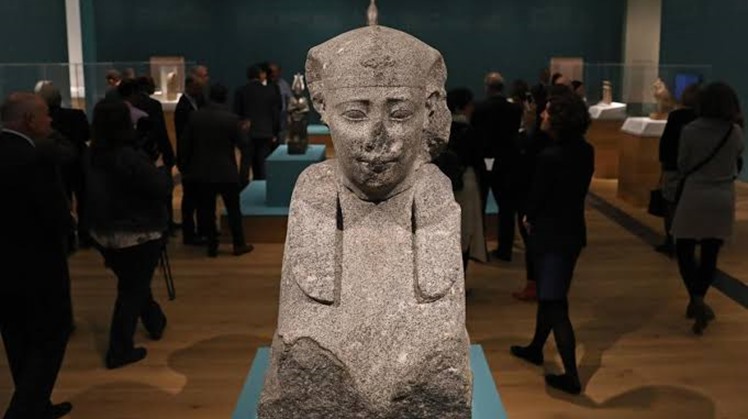 Mon, Oct. 7, 2019
Dr. Mustafa Waziri, Secretary General of the Supreme Council of Antiquities, opened the exhibition "Sunken Cities: The Enchanting World of Egypt" at its third stop in the United States of America, California, and will continue until April 2020.

The exhibition includes 293 artifacts recovered from the cities of Heraclone and Canopies in the eastern port of Alexandria and the port of Abi Qir.The most important pieces on display are huge statues of the gods Isis and Serapis and statues of the Sphinx, as well as some jewelry and household items.

The exhibition journey started in 2015, where it was exhibited at the Arab World Institute in France under the title (Osiris, the secrets of sunken Egypt) and then moved to the British Museum in England until he finished his trip in the cities of Europe in Zurich, Switzerland, then began his trip in the United States of America in St. Louis Missouri and then Minneapolis, USA and in his third stop in California, USA.

The idea of ​​the exhibition revolves around the god Osiris in the Pharaonic, Greek and Roman eras. The antiquities discovered in the water are exploited by the mission of the European Institute of Underwater Archeology, both stored and displayed in both the Alexandria National Museum and the Bibliotheca Alexandrina, supported by artifacts from the Egyptian Museum and the Greco-Roman Museum.

The most important of these pieces are the giant statues (height of 5 meters) for an unknown king and queen from the Ptolemaic period and the idol of Haby. A painting written in ancient Egyptian (Hieroglyphics) and Greek dating from the era of Ptolemy VIII.

A group of heads of the god Serapis and two statues of two Ptolemaic queen dressed in Isis from the Canopus site are displayed. City, along with a collection of ornaments and amulets from the three sites, this is in addition to another collection of antiquities from the Greco-Roman Museum in Alexandria and the Egyptian Museum in Cairo, which are closely related to the worship of Osiris in the Pharaonic, Greek and Roman eras, such as the Apis calf, the wooden statue of Serapis, the column of Jatt, Ain Jadat, the statues of Osiris, Isis and Horus in the form of human or falcon, Harpocrates and their Of traces or idols that resembled them in different eras. 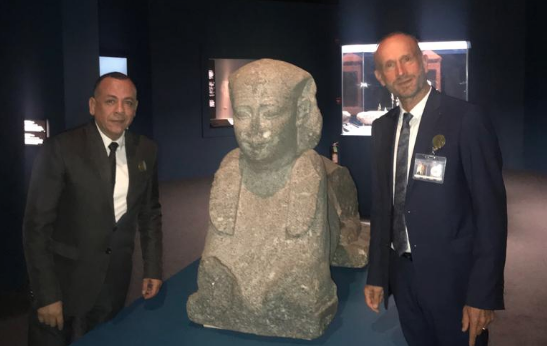 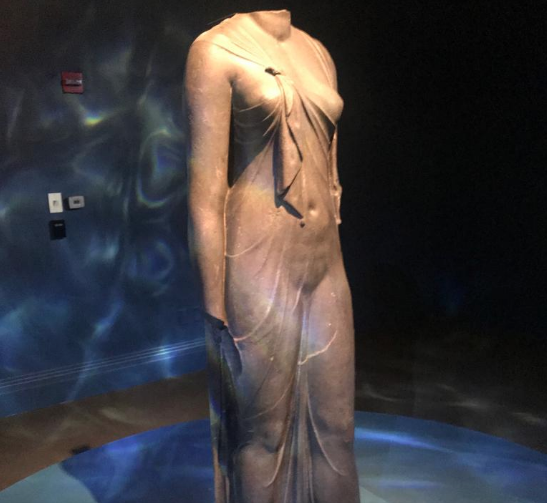 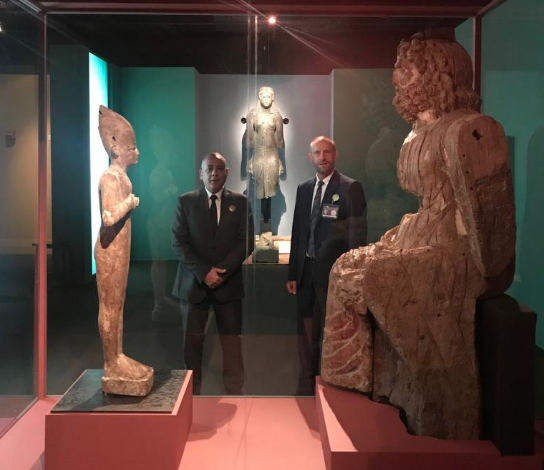 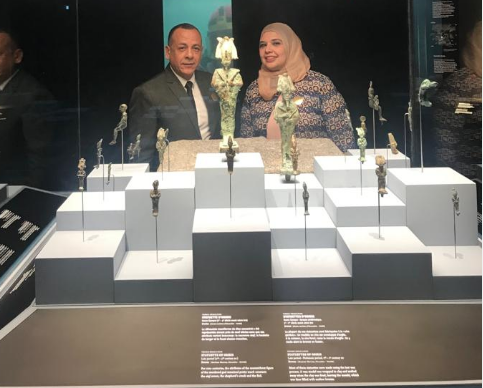 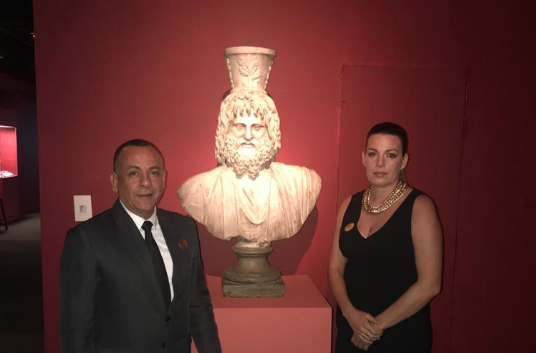