Egypt breakthrough: How ‘labyrinth of tunnels’ were found below pyramid – 'Sensational!' 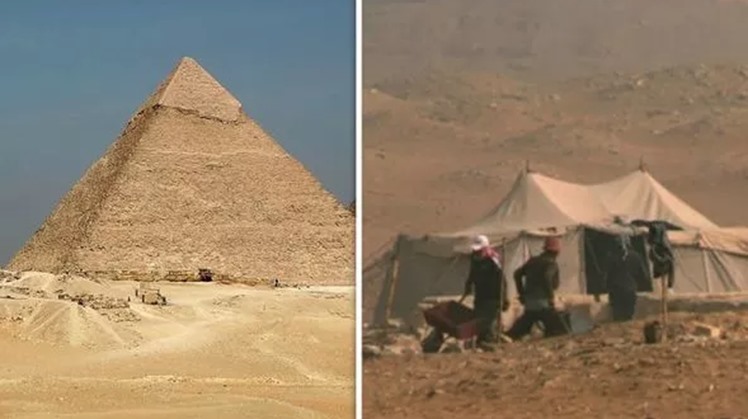 Mon, Sep. 9, 2019
An Egypt archaeologist uncovered a “labyrinth of underground tunnels” near one of the most famous pyramid sites, in what a modern historian dubbed “sensational” during a documentary.

The city of Saqarra is best known for being home to the Pyramid of Djoser, also known as the Step Pyramid. Built in the 27th century BC, during the Third Dynasty, the six-tiered structure is the earliest known attempt of what the ancient civilisation became best known for. However, archaeologist uncovered something even more amazing below the surface.

Historian Bettany Hughes revealed during her Channel 5 series “Egypt’s Great Treasures” how an entire new city was hiding in the sand.

She said last month: “There’s one particular tomb here that’s hiding something really extraordinary, which, for me, beats the bizarreness of everything else.

“When it first came to light 150 years ago, it was a sensational find.

“In the middle of the 19th century, the French archaeologist Auguste Mariette discovered a rather promising clue. 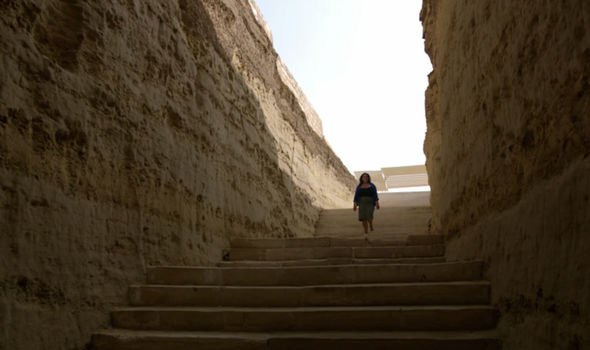 “It was a sphinx buried in the sand and, intrigued, he and his team began to dig.

“Soon they found a second sphinx, and then a third, until there were over 100 sphinxes lined-up along a grand roadway – all leading to this spot here.”

Dr Hughes went on to reveal how the brazen explorer paved his way through the mysterious complex.

She added: “Mariette spent months clearing the path, packing the sphinxes off to Paris and, on November 12,1851, he finally reached a mysterious subterranean entrance.

“Now, that was all pretty exciting, but nothing could prepare him for what was down here. 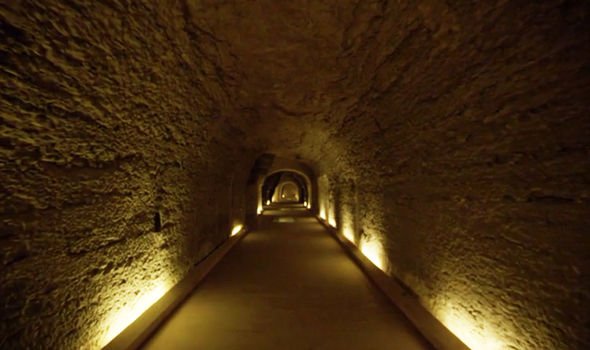 “The sphinxes had led him to a labyrinth of underground passages carved deep into the rock.

“Just imagine what it would have been like to have been the first to explore down here when all you had were flaming torches, no idea what was round the next corner.

“There are hundreds of metres of tunnels built to create something incredible."

Dr Hughes explained why the hidden tomb was so central to ancient Egyptians.

She continued: “This is an underground palace and it’s no ordinary palace. 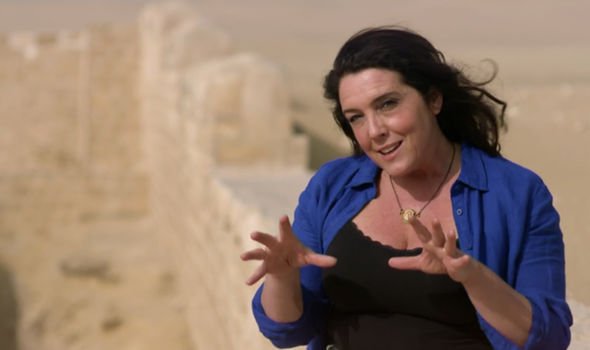 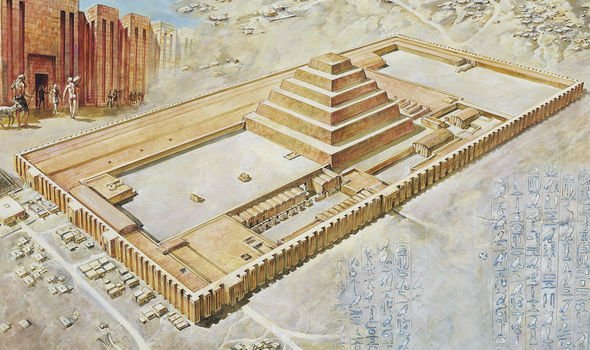 “This is a palace for the dead.

“What you are looking at here is the most enormous coffin.

“It’s made of solid granite and together, this weighs around 90 tonnes.

“So, you have to ask yourself, ‘What creature would be buried in something like this?’”

Dr Hughes detailed how researchers were left stunned by the bizarre contents.

She said later in the show: “The archaeologists had never seen anything like this before and were desperate to find out what was hiding inside.

“The team used dynamite to open it up and what they discovered inside was a massive mummified bull.

“They realised that the ancient Egyptians had built these huge coffins and this entire site has an underground cemetery for enormous, prized bulls."

Watch Egypt’s Greatest Treasures with Bettany Hughes on My5