A Trip Back To The Past: Yuya and Toya masks in the Tahrir Museum 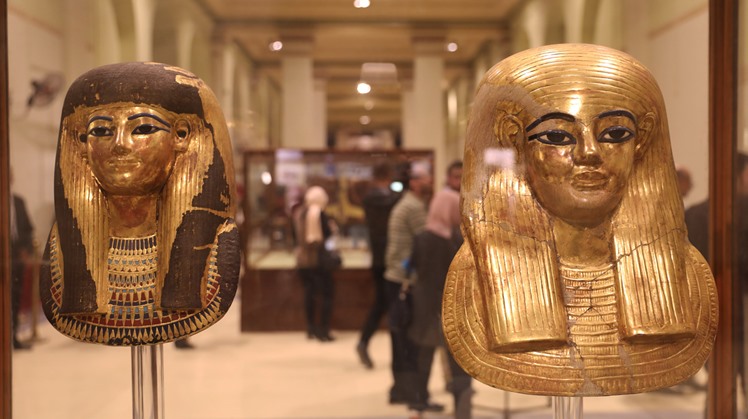 Wed, Jan. 18, 2023
The Egyptian Museum in Tahrir, one of the largest international museums, displays a large number of artifacts that exceed 50,000 pieces, in front of visitors, and among the unique pieces in the museum are the Yuya and Tuya masks, as the mummies of Yuya and Tuya were discovered wearing cardboard masks covered with gold leaf, and Yuya was the father of Queen T, King Amenhotep III's wife.

The masks of Yuya and Toya date back to the era of the New Kingdom, the eighteenth dynasty, the reign of Amenhotep III (1390-1352 BC), and they were found in the Valley of the Kings in Luxor.

The Egyptian Museum in Tahrir includes the largest collection of antiquities of ancient Egypt, as it contains more than 136,000 Pharaonic antiquities, in addition to hundreds of thousands of antiquities in its stores.