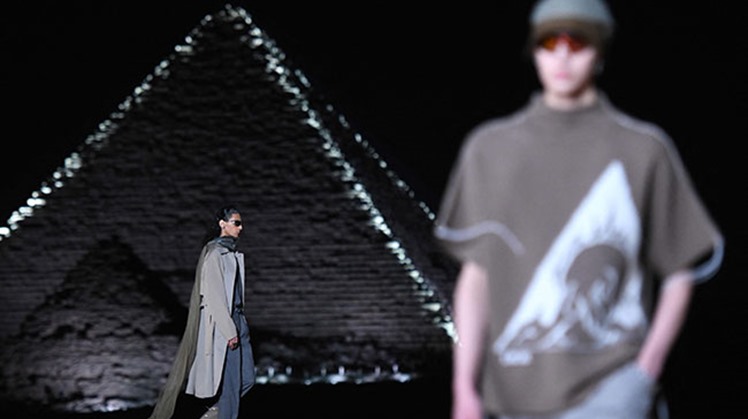 Sun, Dec. 4, 2022
On the evening of December 3, the Pyramids of Giza witnessed Dior’s fashion show of the men's collection for fall-winter 2023.

The show was attended by Secretary General of the Supreme Council of Antiquities Mostafa Waziri, who was keen to congratulate President and CEO of the Dior Fashion House Pietro Beccari, and his deputy, for holding this wonderful show and for choosing Egypt and the Giza Pyramids to hold this spectacular event. Waziri also presented a souvenir to them in the name of the Supreme Council of Antiquities.

For his part, President and CEO of the Dior Fashion House Pietro Beccari expressed his happiness with holding this wonderful show in Egypt, inviting all his friends and all those who deal with Dior to visit Egypt to enjoy all the archaeological and tourist areas.