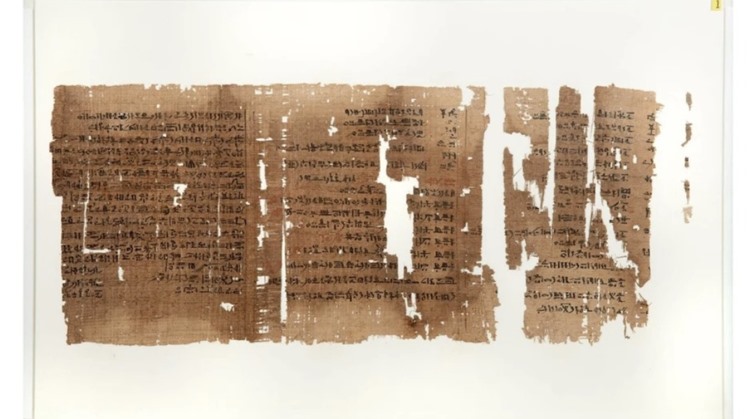 Thu, Sep. 22, 2022
The French Auction House, Agut, announced the launch of the 55th and final session, on November 16, 2022, dedicated to ancient manuscripts, decorative books or watch books, and rare books.

The last sale of the House of Agut will include ancient manuscripts, medieval and Renaissance manuscripts in the program of the fifty-fifth and final cycle. Hieratic Journey of the god Osiris in the underworld according to the French Actuality website.

This papyrus competes in price with the well-known scholar Nicolas Copernicus' De Revolutionibus orbium coelestium, estimated at between €150,000 and €200,000, consisting of 202 folios and 142 wood-engraved charts of this 16th-century original for a work that is still in high demand.

There are also several books of hours, richly decorated and one of the oldest known books in France, which dates back to the thirteenth century. Fourth Lateran Council in 1215.

Also among the collection's masterpieces is a manuscript atlas by Honoré Boyer dating from the mid-17th century and containing 8 double maps on parchment leather with a 15th-century copy of the Latin Bible incunabula by Heinrich Eggenstein, a student of Gutenberg, one of the richest illustrated books. In the fifteenth century, with its innovative design and a mixture of texts and images, its price is estimated at between 40,000 and 60,000 euros.