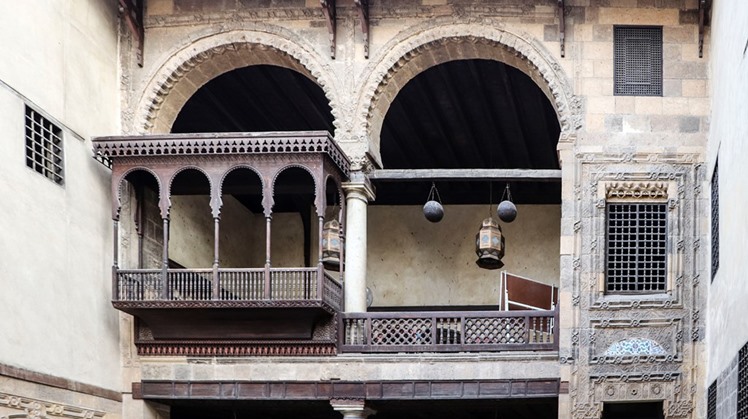 Tue, Aug. 9, 2022
The Bibliotheca Alexandrina’s House of El-Sinary in Sayeda Zeinab will host a cultural evening on art and beauty entitled (Contemporary Papyri) at 5:30 pm on Thursday, August 18.

While an artistic segment will be held, and playing the sesame by the artist Ahmed Khalaf, the guitar of the artist Mustafa Mosbeh.

While a symposium on radio is presented, it will be presented by Baraa Al-Muta'i, chief broadcaster in the public programme, and Iman Yahya, the radio director who has won UNESCO World Awards, and the artist, artist Merihan Abdullah, will be presented as a guest of honor.

Bait Al-Sinari is one of the remaining luxurious palaces that were built for the elite. It was built by its owner Ibrahim Katkhuda Al-Sinari and he spent a lot of money on it. This house was known as one of three houses, but Al-Sinari House is the only remaining house.

Its establishment dates back to 1209 AH - 1794 AD. It was established by Ibrahim Katkhuda al-Sinari, one of the wealthy people in Cairo and a resident of Dongola in Sudan. He worked as a janitor in Mansoura, then resided in Upper Egypt and became connected to Prince “Murad Bey” until he became one of Cairo’s notables and died in 1216 AH. 1801 AD.