The Valley of the Kings includes the 18th, 19th, & 20th dynasties, and the first to be buried there was Thutmose I 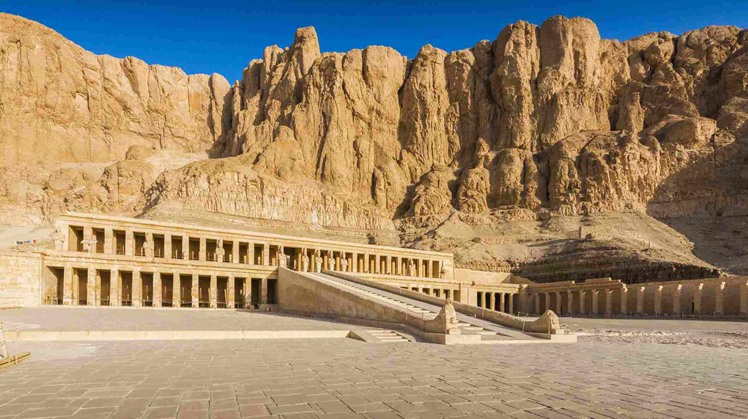 Tue, Jan. 18, 2022
The burial of the kings of the eighteenth, nineteenth and twentieth dynasties of the era of the modern state "about 1550 - 1069 BC." In a dry river valley on the west bank of the ancient city of Thebes (modern Luxor), hence its name Valley of the Kings. High level.

The powerful kings of the New Kingdom were buried under the top of a pyramid-shaped cliff that surrounded the valley. The choice of the valley to carve royal tombs was not accidental. The pyramid was a symbol of resurrection and eternal life. The pyramid shape was also considered a sign of the gods. This region and the summit itself, were under the control of Hathor: "Lady of the West."

The isolated nature of this valley was another reason for choosing it as the last resting place for the kings. Tombs were stolen in antiquity, and to avoid that fate, as happened to the pyramids of the Old and Middle Kingdom, they chose hidden underground tombs in a secluded desert valley.

The first ruler of the modern state whose burial in the Valley of the Kings was confirmed was Tuthmosis I "about 1504-1492 BC." The third king of the Eighteenth Dynasty, according to Ini, the chief digger of his tomb: "I oversaw the excavation of his tomb, the king in privacy, no one sees and no one hears."