Farouk Hosni heads to the Kingdom of Bahrain to open his art exhibition.. Know the details 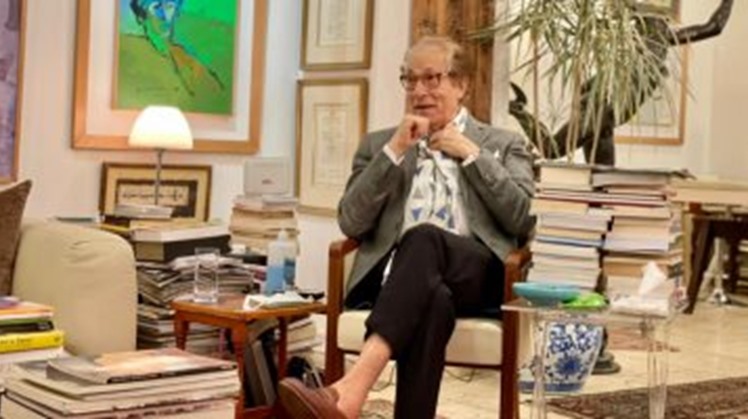 The exhibition includes 45 artworks by Minister Farouk Hosni produced in 2020 and 2021 in an abstract style, which is characterized by the artist Farouk Hosni, in addition to 7 sculpture works inspired by Hosni's abstract works dedicated to him and executed by the Bahraini sculptor Khaled Farhan.

Farouk Hosni's paintings have always received wide praise, as his style developed in the circle of this aesthetic and philosophical analytical doctrine that still guides him in his life, believing that art in general and painting in particular can be used as a vision and a tool to reshape and enrich society, and do his best to communicate his feelings And his personal experiences, using harmonious colors, lively encounters, and surprising composition.

Farouk Hosny is considered a milestone in Egyptian culture and arts, as he is one of the most prominent contemporary plastic artists in Egypt and the Arab world, where his works have been shown in the most important museums of the world, the Metropolitan Museum in New York, America, the Houston Museum of Art and the Fort Lauderdale Museum in the United States of America, and the Vigor Museum of Art. In Tokyo Japan, the Louvre Carrousel Museum in Paris, the Vittoriano Museum in Rome Italy, the National Museum in Vienna, and many special exhibitions in European and Arab countries.