A recent study asks: Why did the pharaohs stop building the pyramids? 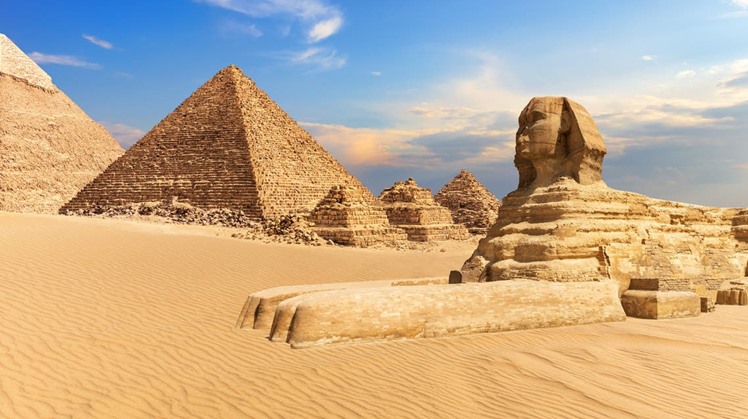 Sun, Nov. 28, 2021
For more than a thousand years, the pharaohs built the pyramids, and their dead were often buried below or inside these huge pyramids. The ancient Egyptians built the pyramids between the reign of King Zoser (2630 to 2611 BC), who built a step pyramid in Saqqara, and the reign of King Ahmose I (ruled from 1550 to 1525 BC), who built the last known royal pyramid in Egypt at Abydos.

Peter Der Manuelian, a professor of Egyptology at Harvard University, told Live Science: "It's not entirely clear why the pharaohs stopped building the royal pyramids, but there are a lot of theories, but since the pyramids were inevitably looted, this played a big role in the pharaohs stopping building the royal pyramids." Complete the construction of their pyramids.

Aidan Dodson, professor of Egyptology at the University of Bristol, said: "Even before they gave up building the pyramids for the sake of the kings, they stopped placing the burial chamber under the pyramid, fearing looting. The last pyramid of the king - the pyramid of Ahmose I, was in Abydos deep in the desert."

One of the historical records that may carry important evidence was written by a man named Enini, who was responsible for building the tomb of Thutmose I in the Valley of the Kings. This record clearly indicates that secrecy was a major consideration,” said Anne Macy-Roth, professor of art history and Hebrew studies at New York University.

"The natural terrain of the Valley of the Kings can explain why it has emerged as a preferred site for royal tombs," said Egyptologist Miroslav Barta and vice-chancellor of the Czech University Charles.