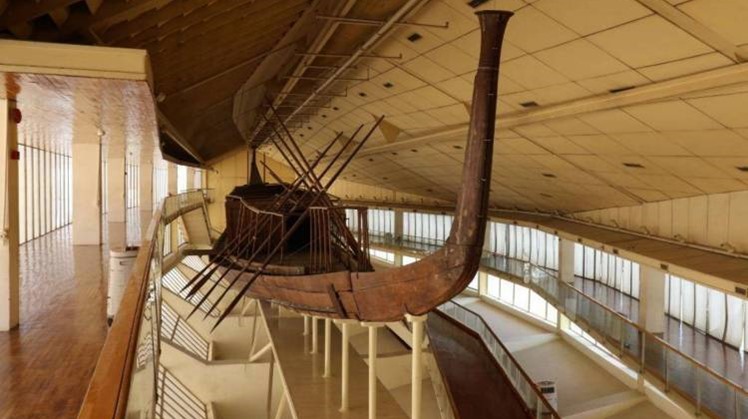 Major General Atef Moftah, the general supervisor of the project of the Grand Egyptian Museum and the surrounding area, revealed to "The Seventh Day" the date of transferring the first Khufu boat located on the southern side of the Great Pyramid to the Grand Egyptian Museum, saying: The date of transferring the boat is likely to be in a large percentage. Next June, preceded by a rehearsal, and when the date is set, local and Western journalists will be invited to a press conference so that the idea of ​​transportation is presented and they see the rehearsal, and a film will be broadcasted specifically for the transportation work.

Major General Atef Moftah pointed out, in exclusive statements to "The Seventh Day", that the rehearsal will be carried out on the same loads of the boat, and not on the boat itself, because it is difficult to build another 50-meter counter designated for the rehearsal, so that we walk the track, so that the car is loaded with weight and not The full case, and during the event itself, there will be two platforms for media at the exit of the boat and upon the arrival of the boat, and journalists can move from the first platform to the second, because the transport work will take a whole day, from the dawn of the day of transport to the dawn of the next day, and it will be a day off, due to the movement of the transport work by road opposite.