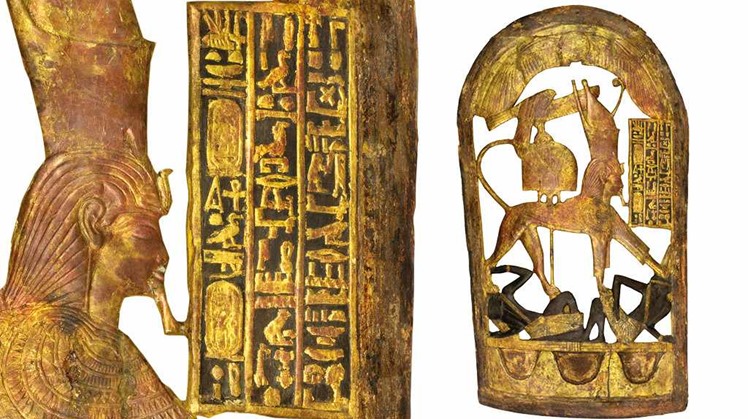 Thu, May. 6, 2021
A video during the restoration work of the golden king Tutankhamun's shields inside the restoration center of the Grand Egyptian Museum, and before their transfer to the Golden King Hall, in which the Grand Egyptian Museum began implementing the museum exhibition scenario about a month ago, which will fully include all Tutankhamun’s holdings for the first time.

The importance of this shield is represented as King Tutankhamun is depicted holding a sword in one hand and in the other hand holding two lions hanging from their tail. Also under the protection of the king, it is known that Carter, the discoverer of the tomb of the Golden King, found 8 shields within the war equipment inside the tomb.

The piece was Tutankhamun's head emanating from the lotus flower, and it is unique. The piece depicts the king a boy with beautiful features, where the head emerges from a lotus flower with open petals, and the base painted in blue represents the water on which the flower grows.