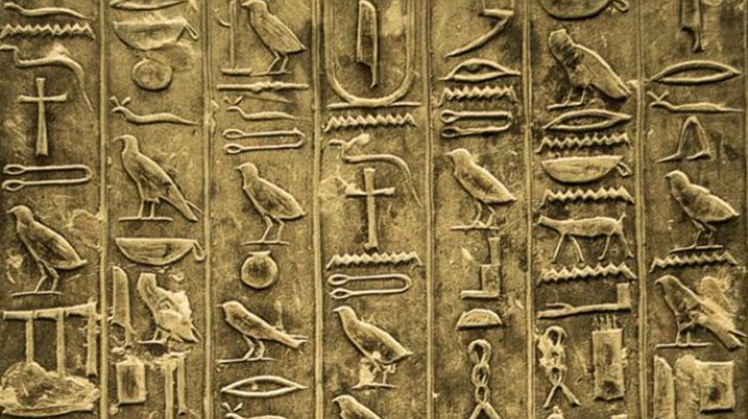 Tue, Apr. 6, 2021
The Ministry of Education stated that the idea of ​​introducing hieroglyphic writing symbols and the corresponding meanings in the Arabic language into the curricula from the fourth grade to the high school stage aims to inform students about their ancient history with the aim of knowledge, raising awareness and arousing students' interest in hieroglyphic writing, which was one of the most important means of communication with civilization Ancient Egyptian, not for memorization, and for this we will review during the next lines whether hieroglyphs are a language or a type of fonts?

The ancient Egyptian language passed through its long history through different stages, and scholars usually divide it into 5 basic stages:

3- The Late Egyptian: Taking the status of the Mediator Egyptian after 1600 BC. It differs from the previous stages, especially in grammar.

4- Demotic: It developed from the late Egyptian and appeared for the first time around 650 BC and continued until the fifth century AD.

5- Coptic: It is the late stage of ancient Egypt, linked to Demotic, and appeared at the end of the first century AD and was used for a thousand years. The oldest Coptic texts written by the Egyptians date back to the eleventh millennium AD.