The golden journey .. the kings of the royal procession died between the ages of 60 and 90 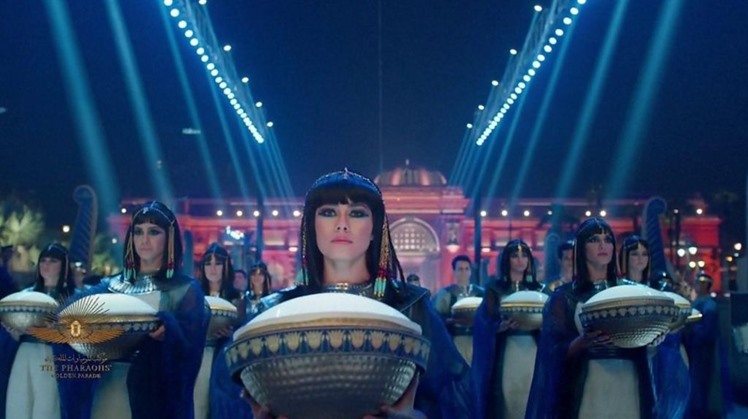 Tue, Apr. 6, 2021
It was a great scene that the whole world saw, which is the departure of the kings of Egypt from the Egyptian Museum in Tahrir, heading to their permanent residence in the National Museum of Egyptian Civilization, in a huge procession of 22 mummies of the ancient kings of Egypt, who were able to leave us with a civilization that will continue throughout history. Among them are kings who lived between 60 and 90 years, and they are the ones we will review in the coming lines.

Queen Ahmose Nefertari
Ahmose Nefertari
The daughter of King (Sqnen Ra Taa) who led the war against the Hyksos, and she married her brother, King Ahmose, the first king of the 18th family and the modern state, and they had many children, among them King Amenhotep the First, who succeeded his father on the throne of Egypt, Queen Ahmose Nefertari was a powerful queen And influential during her life, and she was sanctified with her son Amenhotep the First in the village of Deir el-Medina (the village of workers of the tombs of the kings in the Valley of the Kings) west of Luxor after her death.

The queen's mummy was found in a huge wooden coffin and cartonnage in the Deir el-Bahari cache, west of Luxor, where her arms are visible, crossed on the chest, and bears the hieroglyphic Ankh sign, which means life. Scientists estimated that the queen died at the age of about seventy.

King Ramses II
Ramses II
King Ramses II is the most famous king of the modern state, as he succeeded his father, King Seti the First, and became king at the age of between twenty-five and thirty years of age, and he enjoyed a long reign of about sixty-seven years, and left a large number of monuments and inscriptions.

His main wife was the great queen Nefertari, who built a temple for her near his temple in Abu Simbel in Aswan, and her tomb in the Valley of the Queens is the most beautiful cemetery in the Cemetery of Thebes, and it is known that King Ramses II also married his daughter Merit Amon.

King Ramses II is considered one of the greatest warriors of Egypt. He recorded the events of the battle of "Kadesh", which took place in the fifth year of his rule against the Kingdom of the Hittites, on multiple monuments. He is the owner of the first known peace treaty in history with the king of the Hittites, which is recorded on the walls of the temples of Karnak. .

King Ramses II built temples all over Egypt, and among his most famous construction projects is the temple of Abu Simbel and the Ramesseum - dedicated to his funeral worship - as well as his additions to the Luxor Temple, and he also established a new capital, "Bar Ramses" in the Delta.

And the mummy of King Ramses II was found in 1881 in the cache of Deir al-Bahari, west of Luxor, and was wrapped in linen scrolls, and the scrolls themselves bore his name, and his arms crossed over his chest, and the examinations that were conducted confirmed the physical examination and cross-sectional examinations of the mummy, that he died over the age of nearly seventy at the age of Ninety years old.

King Merenptah
Merneptah
King Merneptah is the son of King Ramses II and the East of Nefert I, the era of the modern state, the nineteenth dynasty, he was the thirteenth son of King Ramses II, and as a result of the long reign of his father, he ascended the throne at an old age, and ruled for eleven years. King Merneptah was an active king, as he participated in a number of military campaigns, and one of the most important artifacts goes back to his reign, which is the "Victory Board".

The king's mummy was found in 1898 in the tomb of Amenhotep II (KV 35) in the Valley of the Kings in Luxor, and the arms appear crossed on the chest, and it is believed that the mummy bears a physical resemblance to both King Ramses II and King Seti the First, and the mummy of King Merneptah was carefully wrapped in perfumed linen, from Before the priests of the twenty-first family, who wrote his name on the outer layers of the scrolls, and physical and radiological studies revealed that his height reached 171 cm and that he died at the age of about sixty years.

In spite of the great victories and achievements of King Ramses III, he fell victim to a conspiracy by his secondary wife, T, to install her son, Pentator, on the throne.

Many papyri tell us about this conspiracy known as the "harem conspiracy," in which many officers, members of the royal harem and judges from the Supreme Court participated in it. It is not clear from the papyri that recorded the trials of the conspirators whether the plot was successful or not.

Early examinations could not confirm the cause of death, but recent CT scans of the mummy revealed that the windpipe, esophagus, and large blood vessels in his neck had been severed - perhaps this injury was caused by a sharp dagger - which had led to his death.

The ancient embalmers placed the amulet of Horus on the lower right edge of the wound to ensure that the king was healed in the afterlife. Physical studies and X-rays determined that King Ramses III likely died between the ages of sixty and sixty-five.

King Ramses III was found in 1881 in the Deir el-Bahari cache (TT 320), west of Luxor, and the king's hands were crossed on his chest in the typical royal position, but his hands were flat instead of contracted.