Royal mummies enter the emergency room at the Museum of Civilization ... What is being done? 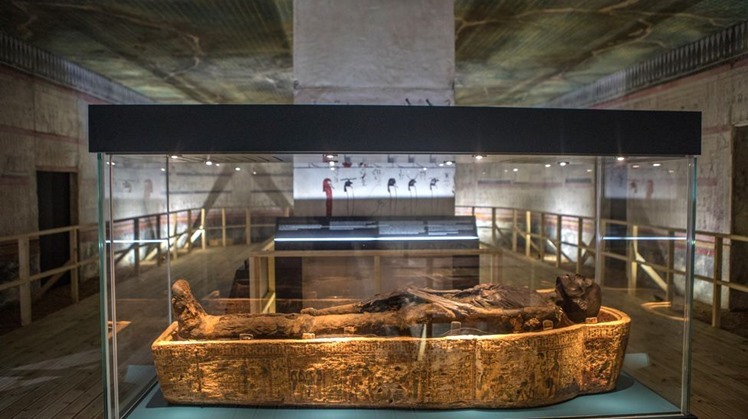 Tue, Apr. 6, 2021
Dr. Ahmed Ghoneim, Executive President of the National Museum of Egyptian Civilization, revealed the mechanisms of dealing now with royal mummies, after transporting them in a majestic procession that dazzled the whole world, as the procession left the Egyptian Museum in Tahrir to the National Museum of Egyptian Civilization, to enter 22 royal mummies to their permanent display in a hall. Mummies.

Dr. Ahmed Ghoneim explained, in exclusive statements to Al-Youm Al-Sabea, that all mummies were entered into the "emergency room" and were removed from the preservation capsule that was inside it, and sterilization operations are currently being made to ensure their safety by a number of archaeologists and skilled restorers at the Ministry of Tourism. And the antiquities, by means of a device like it does not exist in the world except in the Louvre Museum, which is the "Anoxia" device, and its mission is to purify the effect from bacteria and insects without affecting the effect itself, and without adding any chemical materials. Of the kings inside the gallery assigned to him, provided that the door to the visit to the Mummies Hall will be opened on April 18, in conjunction with World Heritage Day.