What is the evidence for the death of King Seqnen Ra in his war against the Hyksos? 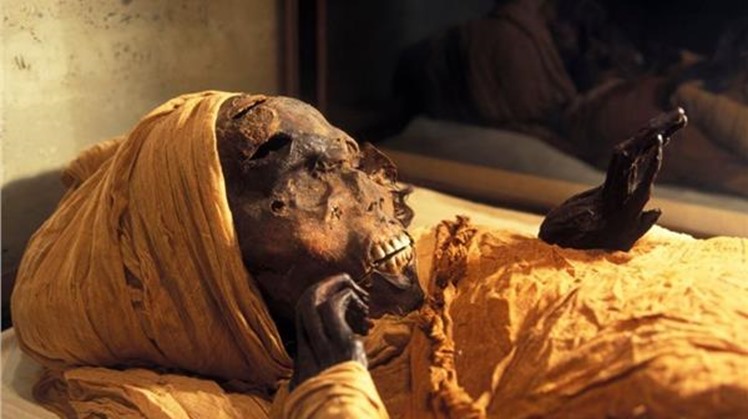 Sun, Feb. 21, 2021
A few days ago, modern medical technology helped tell the story of a king in ancient Egypt, and that he died in order to reunify Egypt in the sixteenth century BC, in the research published today February 17 in the journal Frontiers in Medicin, and it deals with examining the mummy of King Seknen Ra - The second CT scan was conducted by Dr. Zahi Hawass, archaeologist and Dr. Sahar Selim, professor of radiology at the Faculty of Medicine, Cairo University, as these examinations indicated that the deceased king suffered several serious injuries to the head, but there are no wounds in the rest of the body, which indicates the killing of the king Seknen Ra Taa II, nicknamed "the Brave Pharaoh", during his leadership of the first war Egypt fought against the Hyksos after their occupation of parts of Egypt for 150 years, but how was this evidence reached?

Dr. Sahar Selim, an expert in scanning for pharaonic mummies, and a professor of radiology at the Faculty of Medicine at Cairo University said, at the beginning, we would like to clarify that rays were made in the sixties of the last century on the mummy, but the CT scan is a modern advanced method that shows what is hidden from the eyes and ordinary rays, which is What actually happened, and indeed we discovered stab wounds that were not visible to the eye.

The expert on scanning pharaonic mummies, in her interview with "The Seventh Day", which will be published soon, explained that the comparison between those stabs in the face of the king and the Hyksos weapons kept in the stores of the Egyptian Museum in Tahrir, and we found a great match between stabs and multiple weapons of Hyksos This was due to the injury of King Seknen Ra by confronting them, and he fell dead at their hands.

Dr. Sahar Saleem added that those studies on royal mummies are a kind of honor for them, to find out how their lives were and what the reason for their departure was, as every mummy is important and every information we know about them is to restore their lives again by mentioning them.