The story of the era of the emergence of coffin texts .. The era of the first transition and the spread of chaos 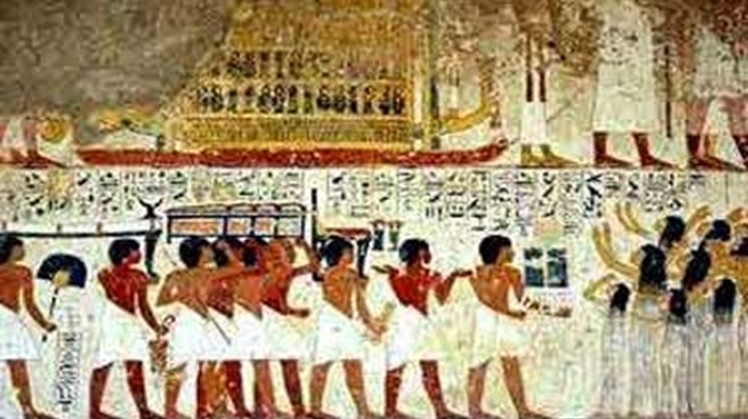 Wed, Jan. 6, 2021
The weakness of the kings of the Sixth Dynasty resulted in the loss of control over the country, which led to an increase in the influence and power of the provincial rulers, as they became completely independent from the central rule in Memphis and worked to expand their regions and formed their own forces, and this led to the occurrence of civil wars and deterioration in the situation Political and economic, which also resulted in the exposure of hierarchical groups to theft.

The texts of the Middle Kingdom period (1650-2055 BC) describe for us what happened in the first transition era as an era of famine and chaos, as the absence of the king and the central government led to poverty, loss of moral values ​​and instability, on the contrary, archaeological evidence shows us a different view. New forms and styles of pottery have been found, and new architectural styles and local cultures have emerged due to the rulers of the regions, so it seems that life within those regions has continued and the economy of these rulers has continued and developed far from the authority and economy of the state, as mentioned on the website of the Ministry of Tourism and Antiquities. They extend a helping hand to them, feeding the hungry and quenching the thirsty, and the concept of the ruler as a shepherd will be greatly reflected in the following period.

Another important development during this period is the so-called "otherworld democracy", where coffins texts appeared for the first time, and as the name suggests, they are written inside the coffins and were intended to ensure the successful arrival of the deceased to the other world, the same role as the royal texts of the pyramids. And the coffin texts were not only restricted to kings, but individuals had a chance to live in the afterlife, independently of their kings. If this was the case earlier as well, as non-royal individuals had access to funerary texts, this was never apparent.

In the end, Egypt was ruled by the ninth and tenth dynasties, based in Herakleopolis (now Ihnasia the city), but their control was weak on their lands, especially in the south. A new family arose in Thebes (modern Luxor) in Upper Egypt that was strong enough to challenge them, and the era of transition ended. The first was with the reunification of Egypt once again at the hands of King Nebbhebt Ra Muntuhotep of the 11th victorious Tayyibi dynasty, beginning the period of the prosperous Middle Kingdom.