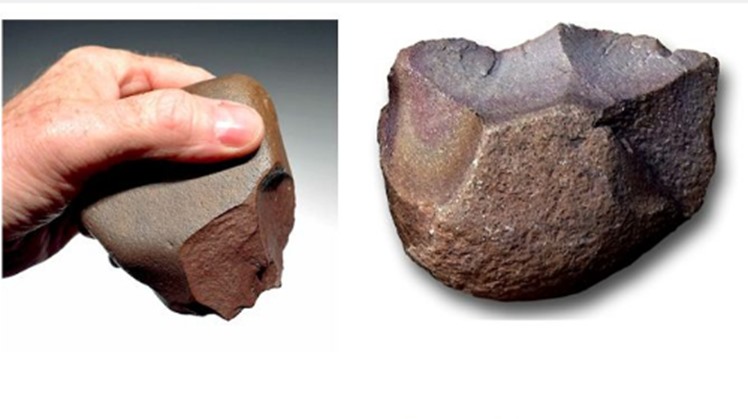 Mon, Jul. 27, 2020
Ancient Egyptian history and civilization is a source for researchers to extract the fragrant history, the greatness of that civilization that fascinates the world, throughout history, and the ability of Egyptian researchers to plant the Pharaohs, and in a new Egyptian scientific precedent, a sincere Egyptian research team followed the oldest human activity on Egyptian soil, and returned it to more than two million General, and this is through the research that was recently published in the "African Archeology" magazine, which is an international, peer-reviewed journal specializing in African archeology research.

The research is entitled "The OLdowan in the Egptian Nile Valley", the research team consists of Dr. Ahmed Saeed, Professor of Archeology and History of the Ancient Near East, Department of History and Archeology, Faculty of Arts, Kuwait University, and Dr. Abu Al-Hassan Bakri, Professor of Prehistory at the College Antiquities, Cairo University, and Dr. Doaa Sayed Ibrahim, researcher and specialist in prehistoric sciences at the Egyptian Ministry of Tourism and Antiquities.

The team was able to track the archaeological evidence and stone tools dating back to that early primitive stone industry in four sites in the Nile Valley and the oases in the Egyptian land, in addition to publishing a set of ancient tools that were collected during the work of previous missions from several other Egyptian sites, and preserved in the Egyptian Museum, editing through The same search.

It is noteworthy that the oldest stone manufacturing and breaking, so far, with the aim of using them as tools for collecting plants, fruits and hunting, is the "non-chemical" industry that was found in Kenya, which dates back about 3.3 million years ago, and that the primary industry is the second oldest known stone industry in the world The old, and its history in East Africa dates back more than two and a half years ago, and this designation was taken from the site of "Oldfy" gully in Tanzania where it first spotted its tools in its oldest archaeological layers.

Many researchers believed that this industry did not exist in the Egyptian land, and that the occupation of the Egyptian land, which represents the northeastern corner of the African continent, took place only in the next stage of the lower ancient stone age, which is the stage of the Asholi stone industry or the manufacture of "manual ax". However, this research paper suggests that the oldest human activity in the Egyptian land dates back to more than two million years ago, but also suggests that the Nile Valley Pass, its deserts and its wadis were used as a major and effective land crossing for the very early human migrations that exited the heart of Africa and its east towards the rest of the ancient world , Especially since the sites of this industry have been monitored and registered in all regions of Bilad al-Sham, the Arabian Peninsula and the rest of North Africa.

It is worth noting that the idea of ​​preparing this research came during the preparation of a Ph.D. thesis entitled "The Lower Old Stone Age in the Nile Valley, the Levant and the Arab Peninsula" supervised by Dr. Ahmed Saeed and Dr. Abul Hassan Bakry, and prepared by the researcher Dr. Doaa Sayed Ibrahim, which dealt with the Nile Valley region with study and examination During this period, the research team noticed the presence of these evidence and archaeological evidence on that industry, which is denied by many researchers, which prompted the team to re-examine and classify the stone tools that were found by previous missions from the Egyptian sites and were saved in the Egyptian Museum and used to support the research.