"Forever Living": Self-Representation in Ancient Egypt includes the testimonies of Egyptologists in the world 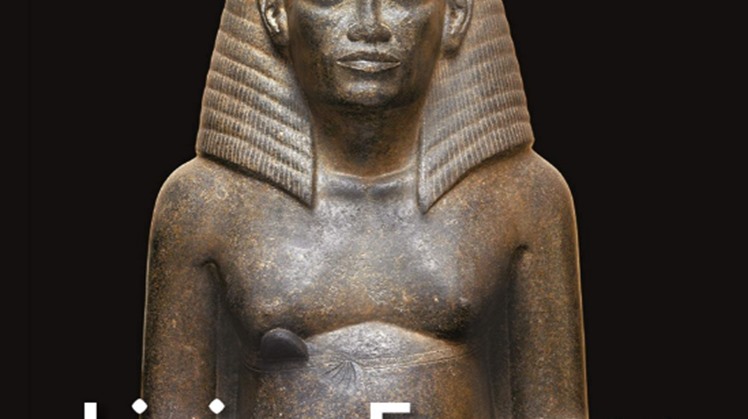 Thu, Feb. 20, 2020
A new book entitled "Living Forever: Self-Representation in Ancient Egypt" was recently published by the Publishing Department at the American University in Cairo, in English by Dr. Hussein Abdel-Basir, Director of the Archeology Museum and supervisor of the Dr. Zahi Hawass Center for Egyptology at the BA, and the book is located in 300 page.

The book includes a collection of articles and research for a group of the most famous Egyptologists and archeologists in the world, and examines how to portray and the idea behind self-representation through language and art from the beginnings of Egyptian families to the end of ancient Egyptian history.

Dr. Abdel-Basir says: "Self-representation in the ancient Egyptian belief is the oldest and most common element, and that belief has been evident in private tombs, where the personality and role of the individual, who was from the officials or from the non-royal elite, is deliberately represented by inscription Or photography, to the audience of contemporary people and future generations.

“Eternal Life: Self-Representation in Ancient Egypt,” examines how and why non-monarchical elites in ancient Egypt themselves were represented, through language and art, in monuments, tombs, paintings, statues, and literary texts, from the beginning of the ruling families to the Thirtieth Dynasty, the book brings together Among its articles are articles from the most famous Egyptologists in the world and archaeologists with different backgrounds. The chapters offer this new look on the form, content, and goal of self-representation in ancient Egypt, and by applying different approaches and trends, they explore how to ensure self-representation includes a speech with deities and people alike. It is He died rich historical and social, providing examples of ancient rhetorical channels and their stockpiles, and highlighting the concept of self in ancient Egypt.

In the first chapter of this book, Christopher Eyre notes that Egyptian writing is concerned with presenting the individual as a performer of a role or personality more than just being a person. In the second chapter, Juan Carlos Moreno García emphasized that early families witnessed the first attempts to embody visual and written expressions of self-representation in the field In the private sector, the emergence of a unified monarchy in the Nile Valley was accompanied by the incorporation of new unified images of elite members, where officials were depicted with their stops and their location near the king in the sectors of drawings, inscriptions, and authority symbols (badges), and secondly through their surnames and names, while in the third chapter, India presents Sherbiny features key to Tamm Yale self in the fourth family, highlighting the relationship between kings and senior officials.

In Chapter Ten, Roberto B. Gozzoli explains that with the collapse of the modern Egyptian state, the Egyptian thought of self-representation during the Libyan period (1069-712 BC) turned into a reflexive impression, and the previous stillness disappeared in favor of a more subjective thought.

In the eleventh chapter, Jeremy Pope notes that during the long history of self-representation in Egypt, the Kushite era during the twenty-fifth dynasty is distinguished from the previous and following periods by the absence of three elements: the absence of royal names on the majority of non-monumental effects in Egypt, and the absence of lineage and origin in records Cushitic immigrants; the absence of private resumes and statues of non-royal individuals in Nubia.

In the twelfth chapter, Damien Agut-Labordere reveals that the Persian period (526-332 BC) constitutes a profound rupture of the political and cultural history of Egypt: for the first time in its history a long time ago, rule is made by a foreign imperial power.

In Chapter Thirteen, Maryam Ayyad analyzes the titles of women, especially the funerary autobiography, which indicates a relationship between periods of political and social turmoil and the ability of women to adapt to autobiographical data and adapt it for their own use. Whereas in Chapter Fourteen, Hussein Basir concluded the main lines for representing the Egyptian self from the beginning of ancient Egyptian civilization to the end of Pharaonic history. The traditions of self-representation were deeply rooted in ancient Egypt from the beginning of the dynastic period to the end of Egyptian history, and they varied in terms of appearance, composition, and themes in that period. It presents the self-representation of elites ’lives and clearly represents their beliefs, culture, and expectations for the afterlife. It also shows their desire to be mentioned and not to be mentioned after death. And it reveals their eagerness to be remembered by the living to avoid the possibility of another miserable life.

Dr. Abdel-Basir concludes the book by explaining: "Self-representation was the oldest and most important element in Egyptian culture; members of the non-royal elite presented themselves through language and art within the framework set by the history and effects of their periods. Elements of self-representation contrasted with their heroes in titles, covenant, professions and backgrounds, They all focus on the meanings and history of the self in telling the story of life. "