The Ministry of Antiquities Preparing For the Opening: Restoration laboratories of the Grand Museum completed 47 thousand pieces. 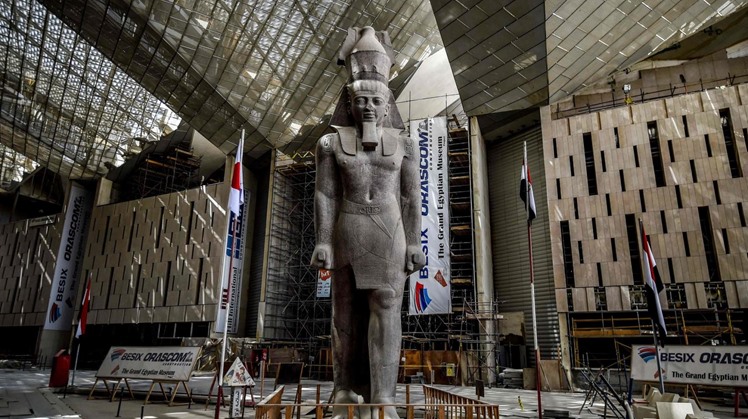 Sun, Jan. 12, 2020
A few months separated us from the opening of the Grand Egyptian Museum, an event that the world is waiting for, and 50 thousand pieces will be displayed in front of the public, and it is scheduled to open in the last quarter of this year 2020 completely, where the Ministry of Antiquities has completed 90% of the work inside and outside the museum, and for the first Once a hall will be designated with an area of ​​7000 meters to display the holdings of the Golden King Tutankhamun.

On the opening ceremony of the Grand Museum, he said that there is a committee headed by Dr. Mustafa Madbouly, the Prime Minister, to study the scenarios of the opening ceremony to come out in a way worthy of the greatness of Egypt, where it is scheduled to last 12 days, pointing out that all offers from international companies are being studied to achieve the maximum return from that festive as Sponsors will be brought in from all sides for this event.

As for students, entry prices for foreign students will be 200 for the Tutankhamun hall, 100 for the main halls, and 250 pounds for the combined ticket, and Egyptian and Arab students, the ticket price will be 30 pounds combined.