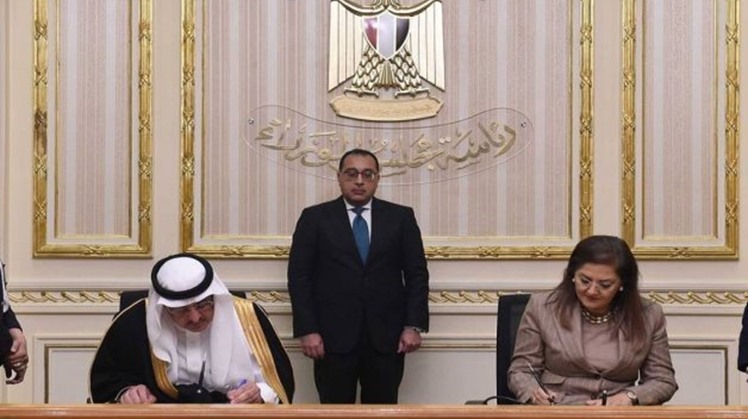 Tue, Apr. 19, 2022
CAIRO – 18 April 2022: The Saudi Shura Council approved, on Monday, a draft agreement between the Kingdom and Egypt on the investment of the Saudi Public Investment Fund in Egypt, Saudi Embassy in Cairo said in a statement.


Minister of Planning and Economic Development, Chairman of the Board of Directors of Egypt's Sovereign Fund, Hala el-Said signed on behalf of the Egyptian government, and on behalf of the Government of the Kingdom of Saudi Arabia, Issam bin Said, a member of the Council of Ministers, Minister of State for Shura Council Affairs signed the agreement.


The signing of this agreement comes as a culmination of the meetings held between the two countries to expedite the completion of procedures related to investment in Egypt through the Saudi Public Investment Fund.


The signed agreement aims to encourage and support the Saudi Public Investment Fund to invest in Egypt, and to contribute to achieving Egyptian goals in attracting investments in foreign currencies, supporting the use of national labor, localizing modern technologies in the Egyptian economy, and transferring expertise related to the Fund's investments in Egypt.


This will enhance trade exchange between Egypt and Saudi Arabia, and contribute to the expansion of the two countries' activities and investments in other countries at the regional and international levels.