Egypt’s Min. of International Cooperation chairs final round of negotiations for 2021/2026 country strategy with EBRD 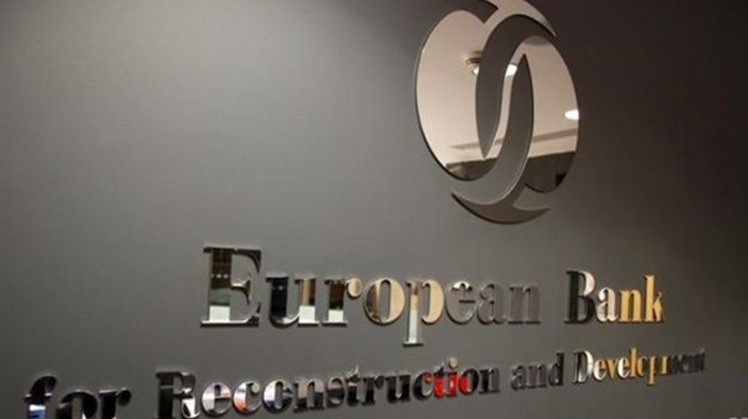 Mon, Oct. 11, 2021
CAIRO – 11 October 2021: Egypt’s Minister of International Cooperation Dr. Rania A. Al-Mashat, chaired the final round of negotiations for the preparations of the new Country Strategy with the European Bank for Reconstruction and Development (EBRD) 2021/2026.

This comes within the framework of the strong partnership between Egypt and the bank, which has played a profound role in pushing forward development efforts across various fields for the public and private sectors.

This took place with the participation of the EBRD’s Managing Director for the Southern and Eastern Mediterranean, Dr. Heike Harmgart; Associate Director and Deputy Head of Egypt at the EBRD, Khalid Hamza; and a number of senior officials from over 20 government agencies and institutions, such as the Ministries of Planning and Economic Development, Tourism and Antiquities, Water Resources and Irrigation, Transportation, Housing, Utilities and Urban Development, and Environment.

This is in addition to the Egyptian Micro, Small and Medium Enterprises Development Agency (MSMEDA), and the Ministry of International Cooperation's team.

Minister Al-Mashat stated that the workshops that were held recently as part of the series of negotiations with the European Bank for Reconstruction and Development, witnessed effective participation of governmental institutions in order to tackle the preparations for the new country strategy for cooperation, and to ensure the strategy’s consistency with Egypt's Vision 2030, and the UN’s Sustainable Development Goals (SDGs) to advance ongoing development efforts.

The Minister explained that the negotiations developed a transparent framework that is based on communication, so as to push the cooperation with the EBRD towards supporting Egypt’s development efforts through the strategy that is expected to be finalized by February 2022.

The Minister further reviewed the achievements done within the framework of the 2015/2021 Country Strategy with the EBRD, and highlighted its alignment with the Egyptian government’s programme “Egypt Kicks Off” 2018/2022, through which the government has succeeded in attaining an economic reform program that contributed in solidifying macroeconomics foundations and in achieving development, that the Egyptian people come at its core. Al-Mashat noted that the new Country Strategy with the European Bank for Reconstruction and Development 2021/2026, aligns with the Government of Egypt’s plan to forge Egypt’s leadership in green transition, enhance investments in human capital, boost productivity and employment rates.

Mashat emphasized the Ministry of International Cooperation’s keenness to launch the new joint strategy, which reflects the visions and priorities of the relevant national authorities; accelerating the support of the private sector’s role in development.

For her part, the EBRD’s Managing Director for the Southern and Eastern Mediterranean, Dr. Heike Harmgart affirmed the bank’s keenness to build on the joint work in order to finance projects for the public and private sectors; supporting Egypt's efforts in development. She also thanked the Ministry of International Cooperation for constantly working on coordinating with national participating entities in forming the strategy, so as to unify visions and lay out a strategy that answers to all the aspirations and enhance development in Egypt.

The Minister of International Cooperation further delved into the effective partnerships with the EBRD to support the implementation of government projects and to support private sector’s engagement; adding that since the start of the Bank’s operations in 2012, the EBRD has invested more than €7.7 billion in 143 projects in the country, more of 75% of which were allocated to the private sector. In addition, in 2021, the EBRD has provided development financing to the private sector amounting to EUR 288.3 million, to develop sectors of renewable energy, Small and Medium-sized Enterprises (SMEs), agriculture, manufacturing services, etc.

Mashat touched on the Ministry’s efforts to map the Official Development Assistance (ODA) to the UN Sustainable Development Goals (SDGs). This includes the EBRD’s development financing, which underscores the vision and future steps of international partnerships that aim to achieve sustainable development.

During the meeting, officials of the EBRD reviewed Egypt’s macroeconomic indicators, which succeeded in achieving positive growth that reached 3.6% last year despite the COVID-19 pandemic; noting that this underlines the Egyptian economy’s resilience and flexibility. They further elaborated that the new Country Strategy rests on three pillars: achieve a more inclusive economy for the business environment, youth and women; accelerate the pace towards green economy in order to achieve food security, tap on skills and capabilities to attract investments in new technologies and to expand renewable energy; and to enhance competitiveness through growth and boosting the resilience of SMEs to support their growth.

In that same vein, representatives from the participating ministries and government institutions presented their inquiries and sectoral priorities regarding the new strategy, and shared their perceptions of joint frameworks during the coming period.

The negotiations between the Government of Egypt and the EBRD on the new strategy followed the approval of the Bank’s three-fold strategy resting on: supporting the transition to a green economy and enhancing environmental sustainability; promoting equal opportunities; and accelerating digital transformation.

In 2020, Egypt was the EBRD’s largest country of operations in the Southern and Eastern Mediterranean (SEMED) region, accounting for more than €1 billion to finance 21 projects, which comprise 47% of the bank’s total investments in the region. Egypt was also the largest country of operations for two consecutive years in 2018 and 2019. The current portfolio of cooperation between Egypt and the Bank during 2021 amounts to about $ 1.6 billion.