113 ships cross Suez Canal after refloating of MV EVER GIVEN 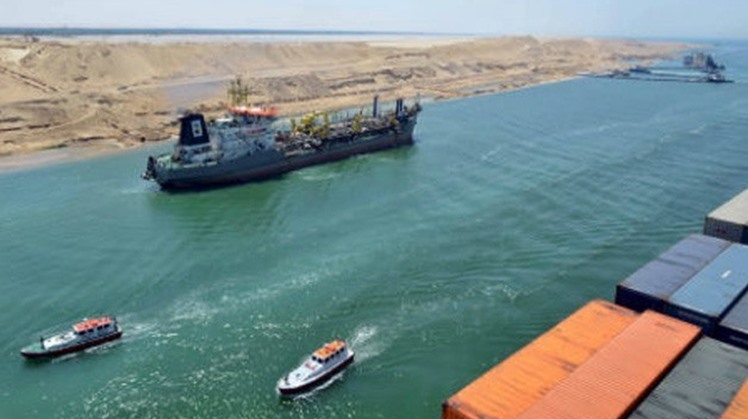 Wed, Mar. 31, 2021
CAIRO – 31 March 2021: Egypt's Chairman of the Suez Canal Authority Osama Rabie stated in a phone-in late on Tuesday that 113 ships – out of more than 321 ships that were waiting - had crossed the international waterway after the refloating of MV EVER GIVEN on March 29.

Rabie's statements came hours before the beginning of investigations aimed at determining the reasons behind the stranding of the container ship on March 23, 2021.

The Suez Canal authority chairman stated that the waterway is being upgraded so as its crossing capacity would be 95 ships per day. In addition, additional waiting areas will be introduced as well as further 16 observation points. Moreover, the canal's fleet will be enlarged.

Consultant to the Suez Canal Authority Captain Sayed Sheisha declared in a phone-in that he presides over the committee that is carrying out investigations on the MV EVER GIVEN crisis.

The captain explained that investigations shall answer the question of whether the ship's captain followed the instructions of the Suez Canal guide or not before its grounding pointing out that the process will be carried out in public for it is an issue of global interest.

The official noted that if the ship rejects the investigation and refrains from providing the necessary information, it - along with its load - will be temporarily confiscated and a civil lawsuit will be filed. That would take two years. However, Sheisha speculates a solution – like agreeing on compensations - will be reached in 3-4 days.

The investigation includes examining the equipment of the ship, determining whether they had been used before it got stuck, and if they gave warning before the stranding or not.

The Suez Canal consultant underscored that the ship's captain is the one who has the final decision on the navigation of the ship. He also noted that the company operating the ship is the one that is held accountable, not the owner.