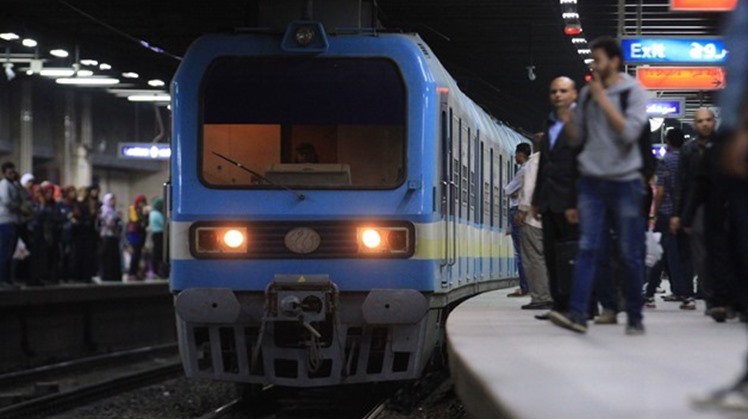 The agreement was signed between Al-Mashat and Stéphane Romatet, Ambassador of France in Egypt and Dr. Fabio Grazi, AFD Country Director falls under the multilateral of cooperation among development partners, as it brings together the AFD, European Bank for Reconstruction and Development (EBRD) and European Investment Bank (EIB) in the collaborative funding of the project, implemented by the National Authority for Tunnels (NAT).

The Minister revealed that the purpose of the project is to renovate and modernize the Cairo Metro Line 44km from North to South across the heart of Cairo and connecting with both Line 2 and Line 3.

The project, through an overhaul of line systems and infrastructure, and related purchase of new rolling stock under separate funding, is intended to sustain efficient, operational service of Cairo Metro Line 1 through a period of continued network expansion and increased demand.

“Multilateralism, aligned with the sustainable development goals is key in advancing a more resilient economy. This project demonstrates inclusive stakeholder engagement between the Government of Egypt and its multilateral and bilateral development partners, to enhance transportation infrastructure enabling connectivity, and in turn, productivity.” Al Mashat, added.

According to the statement, the agreement contributes to achieving 4 Sustainable Development Goals (SDGs); SDG 8; Decent Jobs and Economic Growth and SDG 9: Industrial Innovation and Infrastructure, SDG 11: Sustainable Cities and Communities and SDG 17: Partnerships for the Goals.

Minister of Transportation, Kamel El-Wazir stated that the signed agreement from the AfD for €50 million adds to the total funding of €605 m, allocated to the renovation of the 1st Metro Line.

He added that the EBRD provided €205 million while the EIB provided €350 million, with an additional €145 million accounted for from the state budget for the total cost of €751 million, implemented by the National Tunnels Authority.

“The agreement also falls under the integrated comprehensive framework implemented by the Ministry of Transportation, where phase one covers the renovation of the railways, signals and communication and central control systems, as well as other railway and electromechanic enhancements”, he added, noting that the second phase would cover the procurement of metro cars at the cost of €650 million.

Ambassador of France to Egypt, Stéphane Romatet commended the efforts to renovate Cairo Metro Line 1 stating: “The signing of this agreement is significant for both our countries, as it exhibits a new phase of the historical partnership between France and Egypt over the Cairo Metro Project that extends for more than 30 years.”

“Agence Française de Développement (AFD) is committed to act as international leader in promoting inclusive and sustainable infrastructure investments in our partner countries. Thanks to the signing of the Cairo Metro Line 1 project in Egypt, AFD reaffirms its leadership and full support to the Egyptian authorities to improve the efficiency of urban transport systems in major agglomerations, ultimately fostering social inclusiveness, productivity growth and quality of life in a sustainable way for the Egyptian citizens”. AFD Country Director for Egypt, Fabio Grazi, indicated.