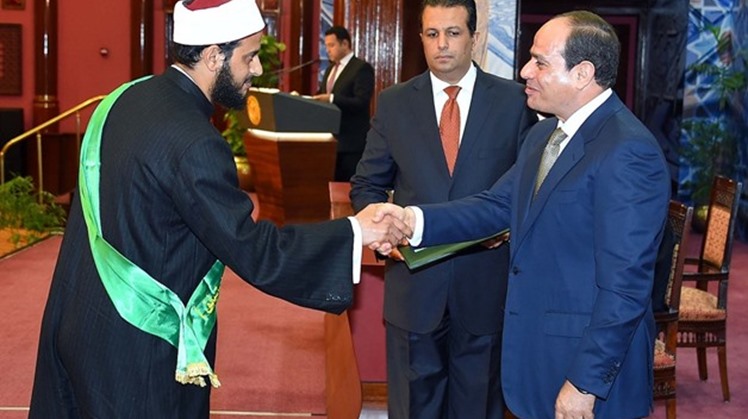 Sun, Jan. 26, 2020
CAIRO – 26 January 2020: A conference for Al-Azhar, Egypt’s top Islamic institution, calling for renewing religious discourse, will kick off on Monday under the auspices of President Abdel Fattah al-Sisi.

The conference, dubbed “Al-Azhar International Conference on Renovation of Islamic Thought” will be attended by Sisi, along with a number of top leaders; prominent political and religious figures; and representatives of the Awqaf (Endowments) Ministry; Dar Al-Iftaa, Egypt’s religious authority authorized with issuing religious fatwas (opinions); and Islamic councils from 46 countries.

The main themes of the conference include innovation concepts and mechanisms, the dismantling of misconceptions, women's and family issues and the role of international, religious and academic institutions in renewing Islamic thought.

The conference discusses the renewal conditions, causes and factors, and will treat misconceptions related to Jihad (the sacred fight of Muslims to defend Islam, with force if required).

President Sisi, since taking office in 2014, has called for developing religious discourse, especially that of Islam, and addressing religious misconceptions used by some extremist groups to justify their terrorist acts and deceive the youth.

The calls for renewing religious discourse, endorsed by the Ministry of Endowments (Awaqf Ministry), are believed to be part of the state’s war against terrorism.

At the ceremony of Muslim’s Laylat al-Qadr at the headquarters of the Ministry of Endowments in June, Sisi said that people’s behaviors could affect the image of their religion negatively or positively in other nations’ points of views.

“Strong religion could be weakened by its believers’ behaviors,” said Sisi, adding that Muslims should represent Islam in a good way through their practices.