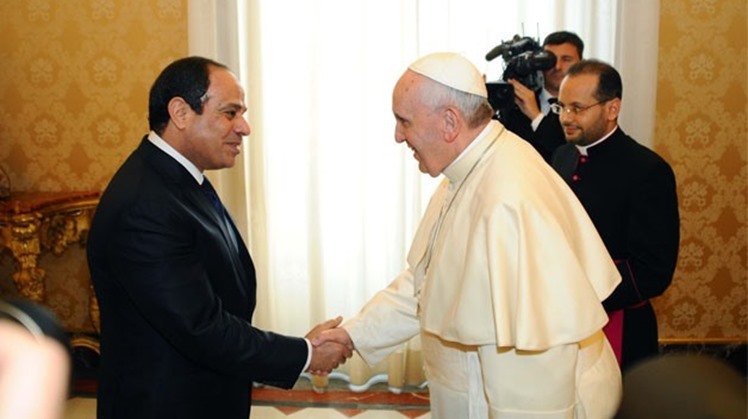 Henry was received by several archbishops and leaders of the Catholic Church in Egypt.

Henry has previously served in India, the Democratic Republic of Congo, Belgium, Cuba, Bulgaria, Guatemala, among other countries, according to state news agency, MENA.

He served in the Section for Relations with States at the Vatican before joining the private secretariat of Cardinal-Secretary of State Tarcisio Bertone in 2006.

In 2010, he was elevated to the rank of Apostolic Prothonotary and joined the Prefecture of the Pontifical House.

In January 2013, he was one of the last bishops ordained by Pope Emeritus Benedict XVI, who appointed him Apostolic Nuncio in Guatemala in 2013.