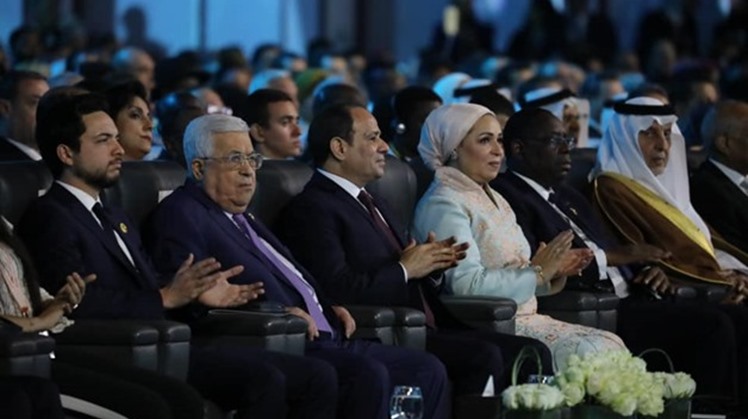 Abbas and Egypt's President Abdel Fattah el-Sisi held a consultative meeting. Palestinian ambassador to Egypt and permanent delegate to the Arab League Diab al-Louh said the meeting came within the framework of the permanent coordination between the two leaders.

They discussed issues of mutual concern and agreed on establishing a stage for Egyptian-Palestinian strategic partnership which will be deeper and broader, and will include all vital fields between the two brotherly countries, Louh said.

Abbas, during his visit to Egypt to attend the WYF, stressed that Egypt plays an important role to back the Palestinian cause at all international events.

Abbas met with delegation of key officials and experts from the Egyptian Center for Strategic Studies.

Abbas reaffirmed that the efforts of Palestinian reconciliation have being exerted and would lead to ending divisions, emphasizing his rejection to pass the century deal.

The forum kicked off on Saturday in South Sinai’s Sharm el Sheikh, with the participation of around 7,000 attendees from around the world, according to state’s news agency MENA.