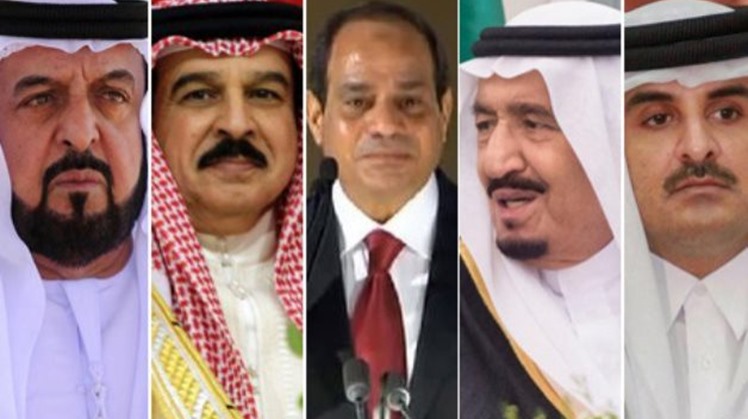 Wed, Feb. 24, 2021
CAIRO - 24 February 2020: Egypt's Ministry of Foreign Affairs released a statement confirming that two official delegations from Egypt and Qatar held their first meeting in Kuwait to set mechanisms and procedures for the next phase, following Al-Ula summit statement issued in Saudi Arabia in January 2021.

The two sides welcomed the measures taken by both countries after signing Al-Ula statement as a step to build confidence between the two brotherly countries. The meeting also discussed the necessary means and measures that must be taken in order to enhance bilateral relations between the two countries, and to achieve the aspirations of their peoples in terms of security, stability and development.

The two sides expressed their appreciation to the sisterly Kingdom of Saudi Arabia for hosting the recent Gulf summit, which culminated in the issuance of Al-Ula statement.

The two sides thanked the State of Kuwait for hosting the first meeting between them, and expressed their appreciation to Emir of the State of Kuwait, Sheikh Nawaf Al-Ahmad Al-Jaber Al-Sabah, for the efforts exerted by his country to resolve the dispute and promote joint Arab action.

Leaders and heads of the GCC member states' delegations signed the final statement of the 41st Summit of the Gulf Cooperation Council (GCC) held in Saudi Arabia's Al-Ula town. The GCC countries affirmed in the final statement their keenness on achieving unity in the face of any threat.

In a joint press conference with GCC Secretary General Nayef al-Hajraf after the summit, Saudi Minister of Foreign Affairs Faisal Bin Farhan stated that the Arab reconciliation would not be achieved without "the tireless efforts of Kuwait, and the United States of America".

The ministry's statement indicated that Egypt is always keen on establishing solidarity among the Arab quartet – Egypt, Saudi Arabia, Bahrain, and the United Arab Emirates – and on joint Arab work in the face of the massive threats witnessed by the region. The ministry also stressed that good intentions, and not interfering in other countries' internal affairs is the base for relations among Arab states.

In that context, "Egypt values and appreciates every honest effort made to achieve reconciliation between the quartet and Qatar, primarily the efforts of Kuwait over the past years," the statement reads.

Saudi Arabia announced that it resumed aviation with Qatar and opened urban borders with the fellow Gulf state. That came three years and a half after the Arab quartet severed diplomatic ties with Qatar on June 5, 2017 for funding terrorism.

In his speech at the summit, Emir of Kuwait Nawaf Al-Ahmed Al-Jaber Al-Sabah expressed appreciation for the Egyptian role in backing matters pertinent to the region's security, welcoming Egypt's Foreign Minister Sameh Shokry.

In a joint statement, nine charity entities were listed as linked to “terrorism" supported by Qatar, with three based in Yemen and six in Libya. The statement also named nine individuals from different Arab countries as allegedly linked with terrorism, including Qatari, Kuwaiti, Yemeni, and Libyan nationals.

In the same year, the four Arab states severed diplomatic ties and transport links with Qatar, accusing the oil-rich Gulf state of supporting terrorism and meddling in their internal affairs. Doha has denied the accusations.

Shortly after the severing of ties, the four countries released a list that included what it described as several terrorism financiers from businessmen, politicians and royal family members.

The list included Youssef El-Qaradawi, the 90-year-old Egyptian-Qatari scholar and spiritual leader of the Muslim Brotherhood organization, which has been designated a terrorist organization by Egypt, UAE and Saudi Arabia.