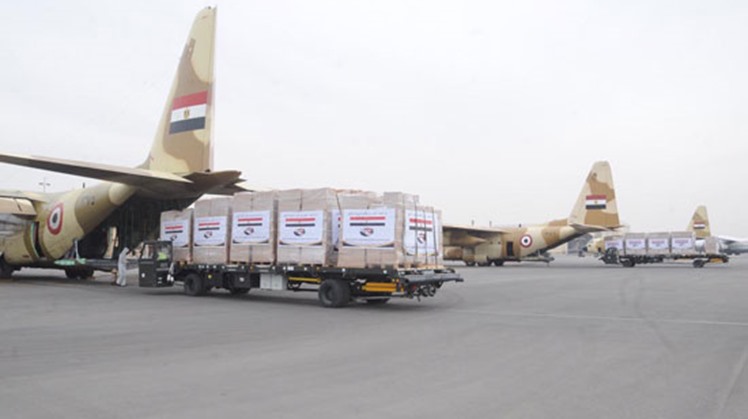 
The aid shipment comes as a part of Egypt's continuous support and keen to elevate the burden on Sudanese citizens.


On its part, the Sudanese government thanked Egypt’s political leadership for its continued efforts to stand by the Sudanese people during their time of need and in face of any calamity or adversity.


On September 2020, Egypt has sent more than 197 tonnes of food and relief aid to both Sudan and South Sudan in coordination with Egyptian civil society organisations, the social solidarity minister said on Sunday, in the wake of devastating floods.

Dozens of people have been killed in Sudan and South Sudan and hundreds of thousands displaced as the Nile reached its highest level in a hundred years.