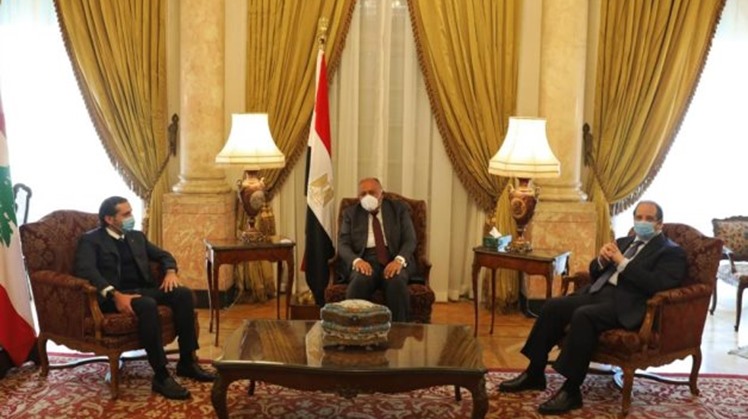 
The Egyptian officials asserted Egypt's fixed stance on supporting the security and stability of the fellow Arab state, and backing its endeavors aimed at overcoming current challenges. The goal is pushing forward development in the Arab country and preserving the properties of its people, a statement by the Ministry of Foreign Affairs indicates.


Both officials also stressed the necessity of prioritizing the high interest of Lebanon in order to solve the present predicament in alignment with the Lebanese constitution. That requires accelerating the steps taken to form an independent government that is capable of materializing the future the Lebanese people aspires to.


On his side, Hariri expressed appreciation for the efforts deployed by Egypt to harness international support to Lebanon at this stage. The Lebanese acting prime minister expressed keenness on expanding cooperation in specific sectors in order to benefit from Egypt's expertise in accomplishing socio-economic development.