Egyptian- Sudanese talks kicks off in Khartoum on medical cooperation 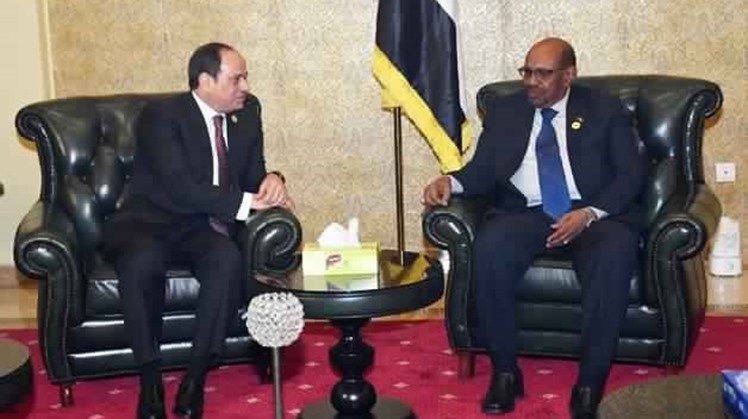 The meeting is attended by Egyptian Ambassador in Sudan Nader Zaki, head of the ambulance agency Mohamed Gad along with senior officials from the Sudanese Health Ministry.

Amal Al Fateh, a Senior official of the Sudanese Health Ministry expressed her happiness as a result of Zayed visit, saying that it reflects the two countries deep and historical relations.

She added in her speech that the talks will shed light on the possible cooperation between the two countries to confront the effects of the current torrents and floods, explaining that the Egyptian air bridge to transport aid to Sudan to cope with torrents and floods is an extension of the previous bridge in light of the Corona pandemic.

Three Egyptian military aircraft loaded with foodstuffs and medical supplies arrived in Khartoum and Juba in order to help alleviate the burden facing people in the flood-hit Sudan and South Sudan, Tuesday.

The move comes as part of directives issued by President Sisi to launch an airlift offering urgent aid to the Sudanese and South Sudanese people who are badly affected by heavy rains and floods.

Sudanese and South Sudanese officials have expressed thanks and appreciation for the Egyptian leadership in light of Cairo's efforts to help the two countries overcome the current crisis.

“We are greatly overwhelmed with the Egyptians love and support which reflected on social media” Saleh said in statements to TEN channel, Sunday.

About 100 people were killed due to the floods, 500 thousand families were affected, in 16 states, as Khartoum was the most affected.

Saleh explained that his country is facing the largest flood in 100 years, adding that to: “Some factors that led to this situation, however, everyone is working to fix everything.”

As Sudan has been hit by flash floods as a result of torrential rains, Egypt sent two military aircraft carrying foodstuffs, medical supplies and waterproof tents on Sunday for Khartoum.

The shipment has been dispatched upon directives of President Abdel Fattah El Sisi to ease the burden of the natural disaster, which left over 100 people dead and over 50 wounded and devastated several buildings.

Sisi expressed his full solidarity with the government and people of Sudan in the face of the floods.

“I express my sincere solidarity with the brotherly Sudanese government and people amid the heavy rains and flash floods that have ravaged their country, causing devastation and tragic loss of life,” Sisi tweeted on Saturday.

He stressed that “I affirm Egypt’s full readiness to provide all means of support to our Sudanese brothers during this critical period to deal with the devastating effects of the floods.”

“I pray to Allah Almighty to heal the wounded and give the families of the victims in Sudan solace and fortitude,” President Sisi added.

Also, Egyptian Foreign Ministry issued a statement regarding the issue. It come in light of the solid fraternal ties binding the Egyptian and Sudanese peoples, in addition to ''the unity of path and destiny'' between the two countries.

Cairo also extended its sincerest condolences to Khartoum over the floods victims, asserting its full readiness to coordinate with the Sudanese people as regards the humanitarian relief efforts required to face the repercussions of these floods, the ministry added.