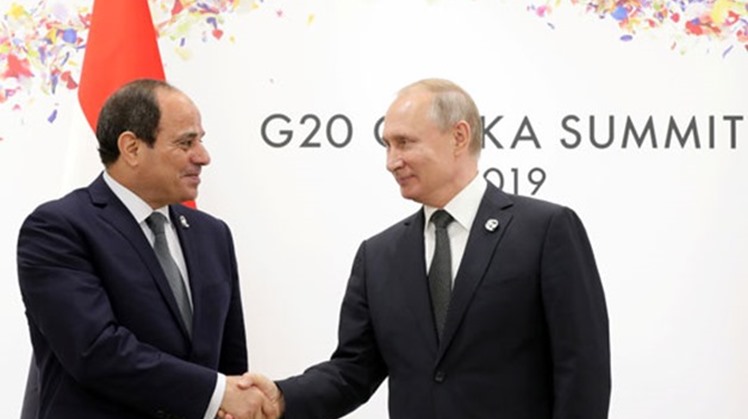 Tue, Aug. 25, 2020
CAIRO – 25 August 2020: Russian Ambassador to Egypt Georgiy Borisenko has praised Egyptian-Russian relations on the occasion of the 77th anniversary of establishing diplomatic relations between the two countries .

In a press release issued by the Russian embassy in Cairo on Tuesday, the Russian diplomat said the period between 1950 and 1970 was characterized by understanding and carrying out a large number of mega projects.

Borisenko said the two countries maintained bilateral relations and deepened them, pointing out to the signing of the biggest deal between Russia and the Egyptian National Railways to import 1,300 Russian train carriages.

The diplomat also pointed out to important mega projects such as the building of the first Egyptian nuclear station in Dabaa and the establishment of the Russian industrial zone in Suez Canal area, as well as the activation of joint committee for economic, scientific and cultural cooperation.

He said more than 7,500 Egyptian students joined
Russian universities in 2019, adding humanitarian cooperation will continue between the two countries after the end of COVID-19.

He added that year 2019 witnessed laying down the new formula for Russian-African cooperation through holding Russia-Africa forum to expand cooperation between the two sides.