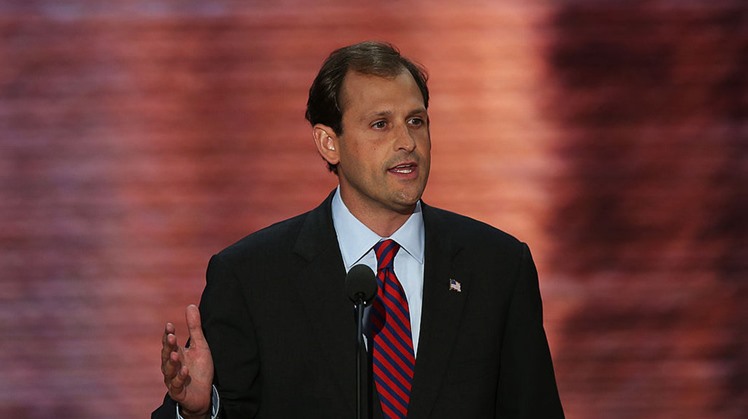 Sun, Aug. 15, 2021
CAIRO – 15 August 2021: Congressman Andy Barr, representative for Kentucky's 6th congressional district, praised the longstanding relations between the Egypt and the US

Barr retweeted remarks of US Naval Forces Central Command, Fifth Fleet Commander, Vice Admiral Charles Bradley Cooper, saying he is honored to join the US Embassy in Cairo and the Egyptian Navy Commander-in-Chief in the historic first visit of a US Navy ship to the new Egyptian Navy Base in Berenice.

“The United States and Egypt have a longstanding relationship going back over 40 years,” Barr said in a tweet.

“Our partnership fosters peace and stability in the region, ranging from Red Sea to Suez Canal to Sinai security,” he added.

The United States and Egypt have a longstanding relationship going back over 40 years. Our partnership fosters peace and stability in the region, ranging from Red Sea to Suez Canal to Sinai security. https://t.co/nT2M6wh0j5

A statement by the Egyptian Embassy in Cairo quoted Ambassador Motaz Zahran as saying that Egypt and the US in September will lead 18 allied nations in a joint military exercise across air, land and sea.

The exercise aims to promote security and peace in the Middle East, the embassy’s tweet added.

Egypt in the 1970s with the assistance of the US “planted the seeds of peace … by signing a treaty with Israel,” the ambassador said.

“Since then, Egypt and the US have continued to work together towards peace and stability despite ever-evolving threats,” Zahran added.

Zahran hailed the “tremendous support” exerted to foster the bilateral relations between Egypt and the US from the Biden administration as well as the “overwhelming majority” of Congressional members.

He said Congressional members “stand firm in refusing to be deceived by lies and falsehoods propagated by people who belong to a terrorist organization with a known record in disseminating hatred and inciting to violence through consistent outright lies and delusional tactics, by exploiting the values we all share, stand by and have inherent moral obligations to patronise, propagate for, and promote.”

Egypt and the US signed in April a memorandum of understanding to facilitate reciprocal provision of military logistic support, supplies, and services.