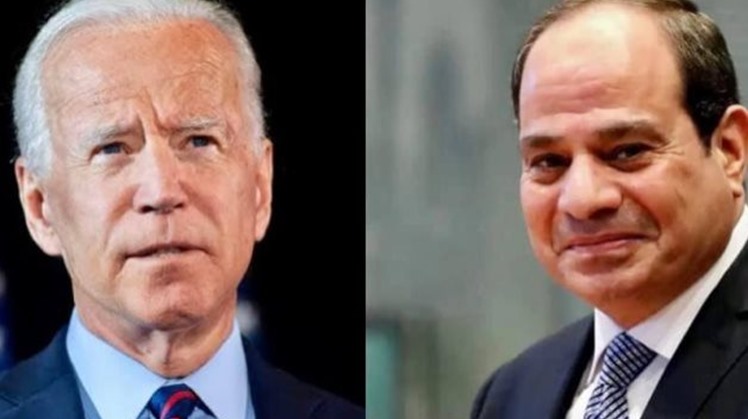 Mon, Jul. 5, 2021
CAIRO – 5 July 2021: Egypt’s President Abdel Fattah El-Sisi on Monday sent a cable of greeting to Joe Biden, his US counterpart, on the occasion of the US Independence Day, state’s news agency MENA reported.

The president also delegated Abdel Aziz El-Sherif, the presidential secretary, to the US embassy to Cairo to extend greetings on this occasion.

Sisi and Biden spoke via phone twice in May in light of the Israeli air strikes in Gaza and the Egypt-brokered ceasefire in the strip that stopped 11 days of violence.

Late in May, Antony Blinken, the US Secretary of State, made a visit to Cairo, where he met with Sisi.

Sisi said he and Blinken emphasized the role of the Egypt-US partnership in promoting security and stability across the Middle East.

Blinken’s visit came as part of a Middle East tour he has embarked on to consolidate the ceasefire in Gaza.

“Today, I was honored to receive Antony Blinken, the Secretary of State of the United States of America. We consulted on various political, security and regional issues, with an emphasis on the extended strategic partnership relations between Egypt and the United States, and its pivotal role in supporting security and stability in the Middle East region,” Sisi wrote on Facebook.

During their meeting, Sisi and Blinken tackled the updates on the Palestinian cause and ways of reviving the peace process.

The president said recent developments mandate urgent activation of direct negotiations between both sides backed by an effective involvement of the United States.

Sisi added that Egypt is eager to cooperate with the United States on that matter asserting that the solution must be fair and comprehensive so it would preserve the rights of the Palestinian people in accordance with international references.

Both sides agreed on bolstering coordination and consultation on stabilizing the ceasefire and launching reconstruction in Gaza Strip.

They discussed other regional issues, including the situation in Libya and the role of the US to resolve the GERD dispute between Egypt and Sudan on one side and Ethiopia on the other side.