Egypt, our forgotten friend: US Congressman 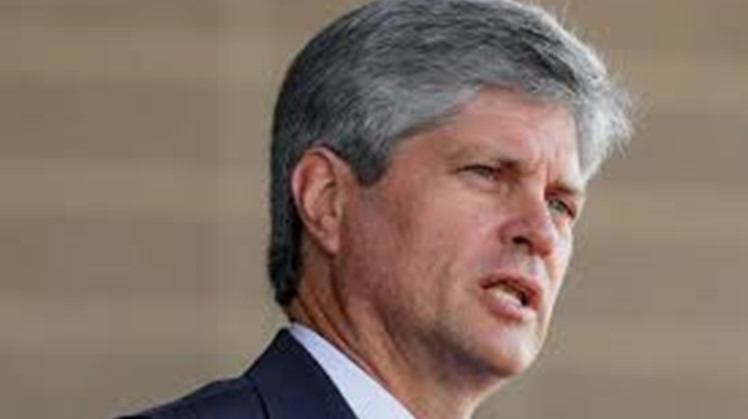 Wed, May. 1, 2019
CAIRO – 1 May 2019: US Congressman Jeff Fortenberry, wrote an article in an American political newspaper and website, the Hill, on Tuesday, April 30, in which he asserted the importance of focusing on Egypt’s successes and potential.

“My visit with President Sisi lasted two hours. We had an extensive dialogue about security, economic stability, and the value of pluralism in a region where minority rights are under siege. The president emphasized the importance of our military-to-military relationship and the vulnerability of his country. We talked about Egyptian operations in the Sinai to combat the local brand of ISIS. Egypt also faces severe security issues along its border with Libya,” Fortenberry said.

Here is the full article written at the Hill newspaper,

Several years ago, I traveled to Cairo for meetings with Egypt’s president and other prominent government and religious leaders. As my plane approached the country, I watched as the Mediterranean Sea touched the shore of the ancient land. I reflected on this extraordinary part of the world where the West meets the Orient, where the mythical Nile River fans into a delta, bringing life to the vast expanse of barren desert. I thought of historic Egypt as well as the Christian tradition of how Jesus, Mary, and Joseph fled there after King Herod threatened their lives. I first made this trip decades ago while in college, and with some apprehension awaited to see what I would find.

Egypt has gone through a major transition in the last eight years. The demonstrations that began in Tahrir Square led to a chaotic situation in the streets, followed by the ascendency of the Morsi government and the Muslim Brotherhood. The subsequent destabilization of the country precipitated a military intervention later followed by the election of current President Abdel Fattah el-Sisi. As horrific as things are in the Middle East, it is hard to imagine the consequences if Egypt had lapsed into a spiral of chaos and power struggle. The traditional seat of culture and learning in the Arab world, Egypt has the largest population in the Middle East. It is home to Al-Azhar University—a center of Sunni Islamic learning—and a sizable Christian minority of around 10 million. Given Egypt’s strategic, historical, and cultural significance, there is a significant need for renewal of this important relationship.

My visit with President Sisi lasted two hours. We had an extensive dialogue about security, economic stability, and the value of pluralism in a region where minority rights are under siege. The president emphasized the importance of our military-to-military relationship and the vulnerability of his country. We talked about Egyptian operations in the Sinai to combat the local brand of ISIS. Egypt also faces severe security issues along its border with Libya.

Another unique dynamic in the Middle East is Egypt’s security cooperation with Israel. This year, we celebrate the 40th anniversary of the Camp David Accords between Egypt and Israel, a framework brokered by the United States. The 1979 Egypt-Israel Peace Treaty that grew out of the Accords remains a lynchpin of stability in the region.

President Sisi attended the United States Army War College, as have many other Egyptian military personnel. He has a strong attachment to that experience. When he inquired about my thoughts regarding a developing problem with another country, I said: “We don’t like spit in our face.” He said: “No one spits in America’s face!”

In light of Egypt’s economic situation, I asked Sisi about a somber speech he gave to his people on the subject. He was clearly laying the groundwork for the absorption of difficult economic reforms, a necessary precondition for improved economic opportunity. Sisi’s austerity reforms have since borne fruit, as capital investment has returned to Egypt and the financial risk profile of the country has improved. One important sign of progress is a major gas field discovery in the Eastern Mediterraneanthat Sisi is wisely leveraging to better his country’s domestic and international position. As Egypt becomes a regional energy hub, exporting liquified natural gas to Europe and moving Israeli gas through its two terminals, the country could be catapulted back to the regional leadership mantle it traditionally held. This potential conduit for remade regional alliances has largely escaped international attention as well as recognition from armchair analysts in Washington, D.C.

One of the foundational principles of the United States is to uphold the value of human dignity as the necessary precondition of an orderly, just and, secure world. When President Sisi was first elected President, one of his early public actions was to appear on Egyptian television with both the leader of the Coptic Orthodox Christian Church and the Grand Imam, a prominent Muslim leader. Sisi stated: “We are Egyptians.” This simple declaration shattered the default mode of so much of the Middle East, where sectarian and tribal allegiances routinely triumph over national identities. On the eve of Coptic Christmas, President Sisi continued his commitment to a healthy nationalism by opening up the largest Cathedral in Egypt. He followed that courageous gesture by inaugurating the country’s largest mosque, with Christians and Muslims in tow.

None of this should gloss over the internal troubles within Egypt. There are plenty of legitimate criticisms—the stagnation of the political system, the insufficient progress on human rights, the continuation of non-judicial practices, and a host of other difficulties. As in any relationship with a foreign power, there are differing perspectives and points of tension. Our expectations of Egypt will not be met fully, but we should recognize the necessity of this new stability within Egypt as we progress toward better conditions.

At home, we are justifiably anxious about security dynamics here and in the Middle East, where, even with the defeat of ISIS in Iraq and Syria, chaos and violence continue to metastasize. Egypt is literally front and center of this disorder. Near Gaza in the Sinai the Egyptian military takes casualties in the fight against ISIS. Territorial disputes with its southern neighbor Sudan, uncontrolled borders with its western neighbor Libya, and a nasty spat with Ethiopia to the south over its plan to dam the Nile River create other security concerns.

As critical as the country is to regional stability, peace, and prosperity, Egypt remains in many ways our forgotten friend. Egypt needs to find ways to retell its rich and important story — its quest for a new, pluralistic, and healthy nationalism — to America and the world. It must first, however, get over its entitlement mindset that it somehow has a right to regional leadership. Egypt must regain that rightful place. Egypt must also resist its tendency to outsource all aspects of the U.S.-Egyptian relationship to the military.

In turn, we in America must stop exclusively focusing on Egypt’s weaknesses and challenges. We often forget that Egypt transitioned through this recent period of great Middle Eastern turmoil without falling into chaos. Surrounded as it is by dangerous hot spots, a disordered Egypt would have had catastrophic consequences for the region and the world. But Egypt held. We need to remember that and start to focus on Egypt’s successes and potential. After all, that’s also what friends do.